The Mayan fifth world age is drawing to a close. The sixth will begin in 2012, marking the start of a new great cycle of time and the resetting of the clock of precession. We are, thus, between ages – in a period known as the ‘apocalypse’: a time of revelation or disclosure. This prophecy combines with others that speak of the recovery of ancient wisdom, the assimilation of new truths and the opportunity that humanity will have to work out its problems responsibly by the choices it makes.

This theme of the transition of our civilization into a new age is the most familiar one running through the prophecies, contradicting the sensationalist ‘end-of-the-world’ scenario. The energy of the prophecy is taken from the modern form of Mayan astrology, which describes ‘age’ transitions as stages in humanity’s development.

The Mayan astrological age, determined by the precession of the equinoxes, is a cycle of approximately 26,000 years. This figure of 26,000 years (which is more precisely 25,360 solar years) is divided by the Maya into five periods called the Five Suns, each with 5,200 tun years (thirteen baktuns of about 400 tun years/394 solar years each), equivalent to 5,126 solar years.

The age of Five Suns
Each of these four past world ages, or creative cycles, is believed to have ended in some form of (unspecified) disaster. The dates for these four ages are as follows:

The mythology of the Maya recounted in the Popul Vuh (Book of the Community) explains how the first humans were created during the age of the First Sun. Modern geological records show that the Earth was still affected by a glacial age that endangered the lives of large mammals.

There is no evidence that the period ended with a global disaster that annihilated life, but a more localized disaster would have been enough to have had an impact on the ancestors of the Maya and influenced their oral tradition.

Whatever natural disasters occurred, they did not happen precisely on the end-date of each world age. Instead, there may have been an extreme process underway toward the end of one age which overlapped with and continued into the next. The period at the close of the First Sun and the beginning of the Second Sun may have been one with extreme climate changes that led to the retreat of the ice and the need for human beings to adapt to new environments. The close of the second cycle may have seen the end of the ice age and flooding.

During the third cycle humans began to settle and early forms of agriculture began to displace hunter gathering. What disasters there were, such as more flooding and volcanic activity, will have been regional rather than global. The age of the Fourth Sun may have followed a similar pattern during which fertile land gave way to deserts, and huge floods occurred of the kind recorded in the book of Genesis, but again these are likely to have been relatively local events.

The opening of the age of the Fifth Sun marked the start date of the Long Count calendar that will end in 2012. The prophecies for the end-date clearly point to a new world age, a turning toward a Sixth Sun when we can say, ‘A new day will dawn.’ But we also turn toward the first katun of the first sun of another cycle of five suns, and the 26,000 years of a new precessional sequence.

In Mayan cosmology 21 December 2012 is the end of the Fifth Sun, which raises the question, are we to expect some form of disaster? Mythology is often the abstraction of real events, accounts of which form an oral tradition that was laid down in a period greatly distances from the culture destined to be the tradition’s custodian. Mythology is like the echo of a memory, an atavistic intuition that holds us to a continuum of meaning and helps to make mystery comprehensible. The Mayan prophecy of the current world age ending in disaster is founded on such mythologies, but we can suppose that behind them were actual events. The world will not end, but our transition to the new age may be uncomfortable.

The animal zodiac
The Maya have an interesting animal zodiac, but the scorpion is the only creature it has in common with the Western zodiac, though it has three in common with the Chinese system (monkey, dog and rabbit). The Mayan animals are associated with the ‘thirteen-moon natural time’ calendar, still used by Mayan communities in the Guatemalan highlands, and are as follows: bat, scorpion, deer, owl, peacock, lizard, monkey, hawk, jaguar, dog, serpent, rabbit and turtle.

Each animal had an important role in Mayan mythology and certain associated characteristics. The bat represents unity and purpose; the scorpion is polarizing, stabilizing and challenging; the deer is active, bonding and offering service; the owl is analytical, influencing form and measurement; the peacock is radiance, power and leadership; the lizard is organization, balance and equality; the monkey is channelling, inspiring and harmonious; the hawk is unifying, a role-model and integrity; the jaguar is the pulse of beat of life, realization and intention; the dog is perfectionist, productive, exemplary; the serpent is terminating and liberating; the rabbit is dedication, cooperation and inspiring unity; the turtle is endurance, transcendence and presence.

Our need of a closer relationship with nature is a theme that runs through the prophecies. Observing the patterns of behaviour in the natural world and absorbing them into our lives will help us to recover that long-lost connection. In this way we may be better placed to make the transition into a new age.

From The Mayan Prophecies: 2012, the Message and the Vision, ©2010 by Gerald Benedict, published by Watkins, available from Cygnus Books. 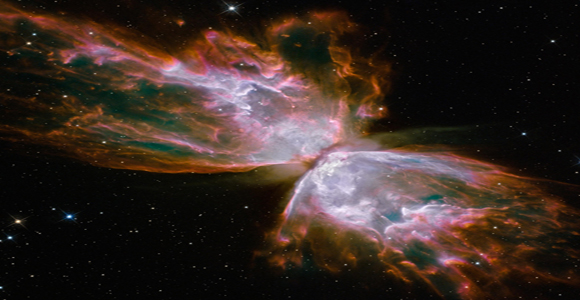 The Time of the Kick-Ass Angels