In 1970, as a book editor, I had commissioned and published the biography of the man who had brought the Hells Angels from the United States to England. A biker myself, I enjoyed riding with them and sharing some of their good times, and before I went off to take a two year spiritual retreat, as a gesture of affection, they made me an honorary member of the Club.

Thirty-five years on, my past was about to catch up with me. I was waiting anxiously to have tea with two men who had been members of the infamous Hells Angels Motorcycle Club. They had once been my friends.They had found me again on the internet and, as I say, I was nervous about meeting them. Would they still be as rough? Would they think me completely soft now and make fun of me – or worse? Would their presence trigger my own unconscious violence?

As it turned out, they were friendly and perfect gentlemen. Sabrina said she felt really safe with them. We got on so well that I shared with them how I had felt about their coming to visit, especially that they might trigger any unconscious violence in me. Gary looked at me sympathetically.

‘I know what you mean,’ he said. ‘But if it’s in you, it’s in you. It isn’t bad. It’s just a tool in the toolbox. To be used only when needed. Otherwise it stays in the box.’

Creative Aggression
Amongst ‘spiritual’ folk there is often a background assumption that all violence and aggression are bad. It is as if the word ‘spiritual’ means the same as peace and non-violence. It might be useful to question this.

Spirituality is often defined as our natural experience of the wonder and beauty of nature and all creation. But nature and the cosmos are not always peaceful. They are filled with events of explosive power. When a seed grows into a tree, everything is pushed out of its way. The ocean’s waves break down coastlines. Childbirth is an act of unusual force. Protective parents rightly push away aggressors who threaten their children. Galaxies and universes come into being through eruptions of incomprehensible energy. The great Hindu goddess, Kali, is just one spiritual representation of this cyclic creation and destruction.

Violence and aggression are inherent in nature and the universe. They are normal. And we are part of nature.

I first came across the phrase ‘creative aggression’ in the channelled Seth books by Jane Roberts. (If you have not read any of them, then I recommend them as wonderfully intelligent and insightful.) I breathed a huge sigh of relief when I first read the phrase. Of course! Aggression and violence in themselves are not bad. The issue is whether they are creative or destructive.

Healthy Rows and Blessings
A couple of weeks before writing this column I had a couple of juicy rows. One was with SWMBO, ‘she who must be obeyed’. The other was with a work colleague. I do not often have aggressive arguments and I felt bad after both of them. Ironically, immediately after the row with SWMBO, I had to go and do a blessing for a new therapy centre. Travelling there I found myself thinking what a hypocrite I was. One moment, arguing, the next, blessing. As I travelled, I said prayers of apology and forgiveness.

Then, at the new therapy centre I led the blessing using a strategy that involved everyone as fully as possible. First of all I thanked everyone for letting me lead it, reminding them that in another time or space it might be one of them acting as celebrant. I next asked them all, each in their own personal way, to connect with and call in their spiritual allies and connections. After that I asked them, again each in their own personal way and in silence, to bless the new healing space.

During the silent minutes that followed, everyone was free to do the spiritual work in their own preferred style. For a few moments the atmosphere felt awkward as the different approaches met and clunked into each other. But then they all merged into the experience of a powerful co-created blessing.

Later, when everyone was sharing something to eat, someone with a sympathetic attitude asked how I was. I replied that I was okay, but felt a bit bad because of the argument that had taken place at home. ‘That’s fine,’ said my new friend. ‘It’s good to hear that you still row. It clears the air. It’s healthy and normal.’

She was right. It did clear the air. A whole load of stuff that had been unconsciously bottled up for too long – on both sides – finally exploded into the light. (And please don’t send me any counselling letters about not bottling stuff up. That’s obvious.) Equally, the argument with my work colleague also moved things forward in a way that was positive and needed.

The Spring in Your Toolbox
When I lead workshops on holistic leadership and clear communications, this business of creative aggression always triggers a heated discussion. I have a very clear opinion about this. Creative aggression, like my biker friend said, should be there in everyone’s toolbox of life skills. You need clear boundaries and you need to be able to defend them if intruded upon or abused.

Also, if you are passionate about social justice, love, equality, compassion and freedom for all beings, there will be times when you have to stand strong and communicate clearly about your beliefs. Sometimes you will meet people who simply will not take you seriously unless you demonstrate passion and creative aggression. Without creative aggression, you may be perceived as lukewarm, cowardly and insincere.

To erupt with anger and passion may feel uncomfortable. It may cut across some of your high ideals concerning peace and detachment, or even cause you shame. But there are times when it is appropriate to be a force of nature. After these eruptions, of course, it is right that we pause and reflect on whether they were positive and creative events, and what we have learned and may do differently in the future. But powerful expansion, explosive release and stretching into new space are creative, healthy and good. 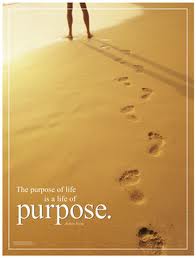 What is our life’s purpose? 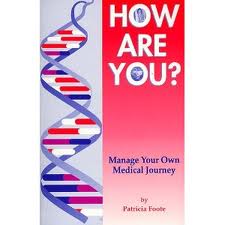 How can you manage your own journey?