People often ask me, ‘If we have lived a series of lifetimes, and if the process of ‘reincarnation’ and our memories of these lifetimes is stored in our DNA, why is it that we do not remember these other lives?’

The answer is quite simple and has to do with the purpose of current human life.

When modern humans first appeared on Earth about 80,000 years ago, we were very much more advanced than we are now. This was at the beginning of the development of the land we know as Atlantis. In those times, human beings had the whole soul within the body. As a result, their full store of memories was intact and fully interactive with the body, and perfectly expressed in the body’s DNA.

However, as time went by, we began to notice that we were having trouble maintaining this level of being, and our ‘fall’ from full consciousness was a contributory factor in our collective decision to destroy the Atlantean continent. When we returned to Earth to begin the human experiment again, 20,000 years ago, we once again adopted the same ‘human template’ and again encountered the same consciousness problems. The reasons for these problems are too complex to explore here, but ultimately, we formulated ‘The Human Plan’ which we fully adopted 7,000 years ago.

At that point, humans became as we are now: a soul divided into the higher self, or oversoul, and the physical self. This physical self was endowed with sufficient DNA memory to allow us to record our experiences so that, ultimately, we would find answers as to why it had been so difficult to maintain the whole soul within the physical body.

Each of those involved in this plan elected to go through a series of lifetimes including experiences that would enable them to learn how to be fully human again. According to my researches, we didn’t plan to spend forever learning this! Instead, we gave ourselves a time limit of round about 7,000 years, which is why, at the present time, the energies we are experiencing on Earth are so powerfully supportive of inner transformation and growth.

As our original plan was to undergo experiences in order to gain knowledge, it was our choice to begin each new lifetime without full memory of our previous lives. This allowed us to face each new experience without past failures or successes influencing the decisions we were to make in our new physical life. As we underwent each lifetime, our higher selves would keep us on our path by communicating to us through the chakras. However, we did have the option to ‘veto’ our plans. If we felt an experience-gathering event was too traumatic to deal with in one life, we could move it forward to a subsequent life-time.

In moving these ‘difficult’ experiences forward, we seem to have forgotten our original aim of completing our learning within a limited time-frame, and many of us have left things until the last minute. This is why so much of the last 200 years, and especially the last 50, have been so traumatic, as so many have had to undergo the ‘traumas’ they did not face in previous lifetimes.

If we did undergo a major trauma in a previous lifetime, and we did not fully deal with it at the time, the way in which these kinds of memories become transferred from one life to the next is determined by how powerful the experience was. The process, briefly, is this: if there was a severe trauma at the end of a previous lifetime, the ‘shock’ to the physical elements of the soul could have been so great that, instead of the memory being locked away within our DNA spirals, it could be powerful enough to imprint itself into our current physical makeup. A prime example of this is the huge increase in children suffering from asthma. From our researches, this would appear to have very little to do with car pollution, although that does not help; the main cause is that these souls are being reborn after the trauma of being gassed in the trenches of the First World War. Another example would be birth marks, which are often burns or bullet wounds from a previous life.

As a general rule, strong illnesses which arise in childhood can often be from past-life causes, especially where such illnesses moderate or disappear at puberty. Illnesses which arise after puberty are always due to causes in this current life, except for bodily functions which are not viable before puberty, such as pregnancy.

It should be stressed that present-life traumas due to past-life situations are very rare. Very, very few people carry these problems. The vast majority of problems arise from not dealing with issues in this lifetime – how many times, for instance, do you speak honestly to those with whom you share your life? However, if you have dealt with everything this life has to throw at you and there is still ‘something’ that you cannot clear, then, if the problem is not too onerous, your Higher Self will usually clear it as you sleep at night, which may lead to unusual dreams. If the past-life experiences are quite strong, and you have put off dealing with them in this life or run out of time before we complete our reintegration, the best way of clearing them is to visit a past-life regression hypnotist as they can gently lead you into the problem and help you to clear it.

The good news is that our collective efforts over the past 7,000 years have given us the answers we have been looking for and, especially since 1996, more and more people have been bringing ‘The Human Plan’ to its conclusion. Despite the world appearing to have gone totally mad, we are actually on track to complete everything in time.

We do need to understand that we have been unbelievably successful in our work of bringing this ‘Plan’ to fruition, as this will help us to overcome and to let go of the current sense of fear that is overwhelming our ability to see ourselves clearly.

Try to remember that the reason why the shadows over the Earth appear to be becoming darker is because they are cast by a light that is becoming brighter. 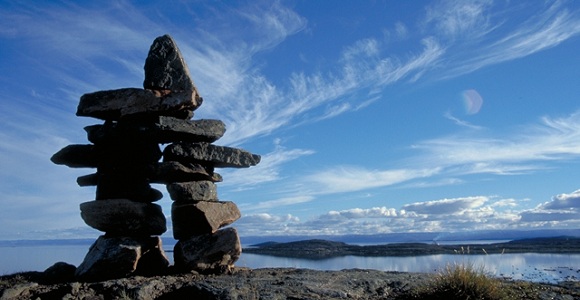