At one of our summer workshops in the Swiss Alps, one of the participants, Maryanne, shared a beautiful experience she had recently had.

At a church service she attended, a short sentence in the liturgy ‘God Thou art the joy of my heart’ just started resonating with tremendous power and grace. During the whole service, she was holding these words close to her heart. As she went home, they seemed to sing themselves in her innermost being, and she was transfigured with joy.

On arriving home, she went onto her terrace and suddenly twenty to thirty birds all came towards her, some landing on the railing, some hovering in the air, looking at her and singing at the top of their little lungs. She felt in total communion with them and had this feeling of utter awe and divine joy that still lasts.

When one starts studying nature and life in general, one discovers that this communication is omnipresent. A friend of mine doing research on communication between plants at the Max Planck Institute in Berlin, discovered a certain kind of plant which, when attacked by a certain caterpillar, would warn the same plants in the vicinity of the alien presence and ‘call’ a certain wasp which would sting the caterpillar and then lay its eggs in it to produce more predators of this caterpillar! One could go as far as saying that life is communication.

In the last issue of the Cygnus Review I told how a friend healed overnight a very large flock of cows sick with foot and mouth disease without even knowing what the problem was, and I have had similar distant healings when the healer did not even have a diagnosis of my problem.

A Universal mind
This can only be possible if there exists some infinitely loving Intelligence which is constantly forwarding our own good – if we are capable of listening! The idea has been around for a long time. In the 9th century of this era the Chinese Buddhist master Huang-Po wrote a book called Doctrine of the One Mind, where he states, for instance, that ‘All the Buddhas and all sentient beings are nothing but the Universal Mind, besides which nothing exists… The Universal Mind alone is the Buddha [if you are Christian, read ‘the Christ’] and there is no distinction between the Buddha and sentient beings … If you are not absolutely convinced that the Mind is the Buddha, and if you are attached to forms, practices and meritorious deeds, your way of thinking is false and quite contrary to the Way. Your mind is the Buddha ! There is no other Buddha ! There is no other Mind!’.

Spiritual and self-development literature is replete with examples of people who have had incredible experiences of distant communication which appear difficult to explain in any other way but by the existence of one infinite Mind which is behind the scenes masterminding a plan of exquisite beauty, despite all the screams to the contrary one hears on the material level.

I remember an experience I had many years ago, just after taking a two week course on spiritual healing which was possibly the most powerful experience in my existence. It was certainly the most joyful. Immediately afterwards, I went to West Africa to work for the American Friends Service Committee, an amazing Quaker NGO. At one moment, I was sitting on the bed of a friend who had just arrived in Mali. He was loaded down with all sorts of challenges, and developing symptoms of malaria.

He knew I practised spiritual healing, and asked me if I could help him with my spiritual system. Suddenly I realized the abyss that can exist between theory and practice! In a state of quiet desperation, I just called on this cosmic Love I believed to be there and said something like, ‘Look I haven’t the foggiest idea what to do. Please take over’. Moments later, André was feeling better and got up.

What communicated with the 50 billion cells of André’s body?

As I often say, I do not have enough faith to be an atheist – to believe this incredible universe evolves by chance, by trial and error. Behind the unbelievably complex and exquisite organization of life and the universe, there has to be some awesome intelligence for good, a Mind of cosmic dimensions and infinite tenderness.

How else could 20-30 birds suddenly feel Maryanne’s joy and start celebrating the love which called them to sing in unison with her?

Learning to love myself

A meditation to start your day 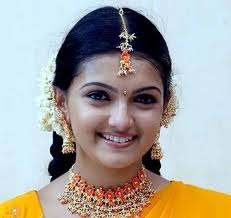