There is a widespread New Age belief that our thoughts create our diseases, i.e.that we are responsible for everything that happens to us.

It is said by some that ‘resentment causes cancer, oppression is something we bring on ourselves, and even, for some teachers of this school of thought, poverty. Everything – ‘good’ or ‘bad’ results from our thoughts, and thinking a certain way will guarantee certain results.’ For instance, Rhonda Byrne, whose bestseller The Secret has probably improved the lives of millions around the planet, writes the following extremely risky generalization in her recent book The Power: ‘Without exception, every single time you experienced something good in your life, you loved and harnessed love’s positive force. And every single time you experienced something not good, you didn’t love, and the result was negativity.’ (Underscoring mine).

What about those hardened sinners who swear, drink and damn the world and live in perfect health till well in their nineties? And what about Roger McGowen, whose amazing saga is described in the recently published Cygnus book, Messages of Life from Death Row, who out of the purest unconditional love for his brother Charles took the rap for him – and as a result ended on death row, where he is now starting his 24th year of incarceration?

There are many causes

I believe this kind of thinking brings on immense suffering and a searing guilt to countless people and is sometimes the expression not only of a complete misunderstanding of the complexity of the world and causal processes, but can be the expression of a deep lack of compassion. It is often related to a rather simplistic view of karma, i.e. that what I reap in this life is the result of mistakes made in earlier lives. In one of his many remarkable books, Grace and Grit, Ken Wilbur quotes a leading master of Dzogchen Buddhism, Namkhai Norbu, who explains that ‘There are illnesses produced due to karma, or the previous conditions of the individual. But there are also illnesses generated that come from others, from the outside. And there are illnesses that are provoked by provisional causes, such as food or other combinations of circumstances. And there are illnesses generated by accident. There are all kinds of illnesses linked with the environment.’

Wilbur comments that this belief can even be dangerous, in that it diverts attention away from the numerous other causes of disease and social pathologies in general.

Have the thoughts of the plantation workers in Latin America who have been sprayed with pesticides or work in pesticide-laden plantations and drink pesticide infected water caused their lethal lung and skin problems and many others? Is the dramatically poor health of the 7-8 year old children working in the silver mines of Bolivia 10 hours a day, who eat deplorable food in inadequate quantities, due to their thinking?

Has the three month old baby in another part of the Third World who contracted AIDS because she was raped by a gang of adults who believed that having sex with a virgin heals one of AIDS – a very widespread belief in that region and which does countless harm – caused her ailment? I could easily cover page after page of similar dramatic examples which completely belie this simplistic New Age vision.

What disturbs me in the writing of even leading New Age proponents, some of whom I admire deeply, is their total disregard of the social, environmental and political consequences of this thinking. It too often tends to reinforce a sort of narcissistic concern for one’s own well being and to foster disinterest in the collective dimensions of living together on a small planet. Proponents of this thinking too easily become essentially centred on their own narrow lives and forget that at another level we are all one. I am that child in the silver mine, I am that child who has been raped.

Rather than quote some great mystic on this essential point, here is what Roger McGowen wrote to a friend: ‘We are all one. We could not exist alone, and yes, I do need the smiles of the orphans. They make everything we do in the name of humanity worth every pain we have. It is such a shame that so many children are orphaned in the world. But they do not suffer their fate alone. As long as there are people who are willing to go that extra mile to show their love, then we all have something to rejoice about.’

Are you ready to go that extra mile, friend? Do you realize that the seven-year old who is working at in that silver mine is you? That it is you who has just been raped? And can you visualize that, not only with no sense of guilt whatsoever (that really would be the last straw), but with the understanding that by lifting those children up to the Source in your own thoughts, you can truly help them, you can become a world healer? In my book on the Gentle Art of Blessing I tell the extraordinary story of this spiritual healer who, by seeing a band of ethnic killers who had come to wipe out his whole family as expressions of divine Love (yes !) totally neutralized them and they left a couple of hours later, totally transformed. So whether you have a serious kidney problem or cancer is relatively unimportant compared to your ability to become a healer upflifting the planet.

Roger added in his letter to his friend. ‘Your freedom aids mine.’ What an amazing statement. Freeing ourselves from all our little selfish concerns, allowing our hearts to be penetrated by a deep compassion for the world, yearning with all our strength and vision for a world that works for all – that can take us far. And one day it will.

Much love to you all, Pierre

A weekend retreat with Pierre in Derbyshire, May 2011 – see http://www.cygnus-books.co.uk/pierre-pradervand-workshop.html for more details 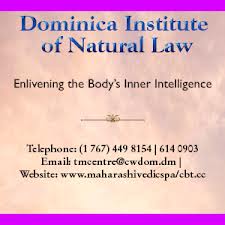 Learning to love myself