It isn’t a coincidence that we speak about ‘earthing’ or grounding ourselves to establish or maintain a sense of stability or a still centre in our frenetic modern world. Often on completing a meditation practice, we ground ourselves by visualising our ‘roots’ going deep into the Earth to echo the lotus plant, a symbol of spiritual elevation, with its flower above water and its roots deep in the mud of the pond, spanning three physical mediums.

It is simple to do. Sense the energy in your body. Is it expanded outwards and heady? Visualise these expanded energies circulating into your heart chakra and then imagine them flowing down through your body into your legs and feet. From there visualise the flow going down into the Earth. You are the bridge between spirit and matter and your heart is the balance point.

By making these connections we bring our spiritual energies into the material world, and seek balance within the compassion of the heart. It is very important to ground ourselves every time we meditate because we are here to serve the world, especially at this time of transition, not to use meditation to run away or escape from it.

Connecting with nature, the Earth’s bounty, can be a deeply healing experience. It can stimulate positive experiences, make us happier people, bond a group together, and prompt a shift in worldview, from separation to integration.

I remember once walking on the Downs in England one sunny day and becoming aware that everything in the landscape was infused with sparkling, dancing energy. It emanated from every blade of grass, every stone, the sky, the clouds and even the lone figure walking (me!). I became strongly aware that the landscape and myself were made of the same essence behind the forms and that I was part of a greater unity. It was blissful.

There are many ways we can connect with nature and experience the intelligence and inter-connected web of our beautiful planet Earth. Working together in groups is especially fertile ground as not only does it bring a greater connectivity with nature, it also can enhance our group’s sense of identity.

It does not always have to be formal group work. Cooking a meal over an open fire, playing music together with household objects as percussion instruments, making art from local, found, materials, sleeping under the stars, or swimming in wild water can all engender this kind of awareness.

A Magnitude of Stars

Watching the skies on midwinter nights can reveal of magnitude of stars, constellations and even sight of the Milky Way but my favourite celestial month in Britain is August. This is when the Perseid meteor shower is visible. Meteor showers occur when the Earth moves through a meteor stream. The stream in this case is called the Perseid cloud and it stretches along the orbit of the Comet Swift-Tuttle. The cloud consists of particles ejected by the comet as it passed by the Sun. Most of the dust in the cloud today is approximately a thousand years old. The famous Perseid meteor shower has been observed for about 2000 years.

A fun thing to do on a clear night: Take yourself and some friends to a location that’s free of light pollution with the greatest panoramic view for star gazing possible, like a big beach. Light a camp fire, gather around it with comfortable camp chairs or on fleeces, eat a good meal and all gaze at different parts of the night sky.

You are bound to see shooting stars. Make wishes together: ‘A better world is possible.’

The Perseid meteor shower is visible from mid-July each year, with the greatest activity between August 8 and 14, peaking about August 12, and viewing is best from midnight onwards. At the peak, the rate of meteors reaches 60 per hour. They can be seen all across the sky. It’s an amazing sight!

If your group is to be together for more than a few days, creating a small but bio-diverse salad garden is another technique. Gardening opens our awareness to the changing elements, micro-climates, the quality of water, the seasons, the local wildlife and the process of growth. There is little more miraculous than growing food from seed, and to appreciate the pattern inherent in the form and be an agent of its fulfilment by good husbandry. Planting seeds can also be a deeply symbolic act as we can plant our intentions as individuals or as a group as we sow.

Whatever our cultural background or beliefs, making a sacred space can be both fun and hold a deep reverence. It can be a personal celebration of nature and natural forms and it can also be a still space for reflection and grounding. This can either be done together as a group endeavour or the facilitators can ask members of the group to add to the space as and when appropriate. A candle or incense can be lit every day and the group can collectively place positive qualities or intentions into the process.

How this space is used, however, needs to be in relation to the group and its culture. We are here to encourage each other but not to impose our individual culture or beliefs. When making a nature shrine, consider using objects that symbolise the four elements and four cardinal directions. In the northern hemisphere these are water (west), air (east), earth (north) and fire (south). Ideally place the elements in relation to the four directions.

This practice is shared by many indigenous cultures, including the Celts and the Native Americans. It enables people to deepen their orientation. Where does the sun rise and set? Where do the winds and rains predominantly come from? Where does the moon rise and set? You may also like to include the fifth direction – the inner element of ether.

This process of orientation with the four directions can be expanded. Times of transition – between night and day at dawn or dusk or the rising of the new moon or full moon – can be powerful times of connection. Take a walk at these times, listening to the nocturnal birds and animals waking up or going to roost and returning to their places of rest, observe the opening and closing of flowers, the changing light in the sky, the dayblind stars and planets… These are times of inner expansion and opportunities for a freshness of vision. Savour them.

Adapted from The Song of the Earth – a synthesis of the scientific and spiritual worldviews by Maddy Harland and William Keepin, Permanent Publications © 2012. 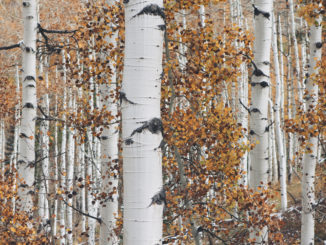