At 108 years old, Alice Herz-Sommer is the world’s oldest Holocaust survivor, as well as the world’s oldest concert pianist. An eyewitness to the entire last century and the first decade of this one, she has seen it all – the best and the worst of mankind. She has lived her life against a backdrop of good amid the chaos of evil, yet she continues to throw her head back in laughter with the same optimism she had as a child.

Despite her years of imprisonment in the Theresienstadt concentration camp and the murders of her mother, husband, and friends at the hands of the Nazis, Alice is victorious in her ability to move on and to live each day in the present. She has wasted no time on bitterness toward her oppressors and the executioners of her family. Aware that hatred eats the soul of the hater rather than the hated, Alice reasons, ‘I am still grateful for life. Life is a present.’ She has had lifelong determination—in the face of some of the worst ills and heartaches—to bring good to the world. In Alice’s story we can find lessons for our own twenty-first-century lives. This is Alice’s gift to us.

When the Soviet Army liberated Theresienstadt, on May 8, 1945, Alice and her son Rafi returned to their apartment only to discover strangers living in it. Having few resources and finding almost no one from her past, Alice made the decision in 1949 to immigrate to Israel, where she would reunite with her sisters and their families as well as with friends, including Max Brod.

Her son Rafi grew up to be a successful cellist, and at eighty-three years old, Alice traded countries once again, immigrating to London to be near her son. Her greatest heartbreak came a few years later, with his sudden death at the age of sixty-five.

I first met Alice in her home in London when I began working on a documentary film about her life. For years I had been absorbed in music of the Holocaust and particularly music in the Theresienstadt Ghetto, where my husband had lost his grandparents. How could anyone play concerts or write music under such conditions?

’How we respond, that is important’

In response to the 9/11 tragedy, Alice said to me, ‘Of course it was terrible, but why are you so shocked? Good and evil have been around since prehistoric times. It is how we handle it, how we respond, that is important.’ Alice laughed—disconcerting as it was to me in that moment, I would soon discover that particular laugh was her way of emphasizing the importance of her words. Gently scolding me she continued, ‘Isn’t this wonderful? You took a plane and came to London in only a few hours. We can sit together and talk. We are alive. We have music. You are rich like me because you are a pianist. No one can ever destroy this fortune.’ Then she reminded me of something Leonard Bernstein said after the assassination of President John F. Kennedy. ‘This is our answer to violence: we will make music more beautifully, urgently, and more passionately than ever before.’

Even though she has not performed publicly for the past quarter of a century, Alice remains true to her commitment, practicing Bach and Beethoven, Chopin and Schubert – all from memory – at least three hours daily. She frequently plays chamber music in her home in the evenings with professionals who stop by to visit her.

Alice lives alone, but she is not lonely. She has everything and nothing – everything spiritual, but nothing material. The bank account of her mind is priceless. Her material possessions include only very old clothes, an everything spiritual and well-used video player, a few photographs, and her indispensable upright piano.

While her face is lined and marred with age spots from years in the Jerusalem sun, Alice’s smile is her most noticeable physical characteristic. Generated from somewhere inside her, it radiates and explodes into warm and welcoming mirth. Alice’s laughter is at once inquisitive and nonjudgmental. It reflects a world of memories colored with the love that comes from her years of understanding. She exercises daily by taking long walks, moving slowly and cautiously in sneakers to avoid falls; she shuns both a walker and a hearing aid. Until recently Alice was studying history and philosophy at the University of the Third Age. She admits that all this ‘seems like a miracle.’

To know Alice is to see the world anew through the eyes of a woman who has lived for more than a century. Persistently independent today, Alice is supremely optimistic at an age far exceeding the norm. Her curiosity and emotional energy inspire all who have the good fortune to meet her. A student of philosophy, she has practiced what the philosophers taught. Particularly important to her is the ancient Greek stoic Epictetus, who wrote, ‘He is a wise man who does not grieve for the things which he has not, but rejoices for those which he has.’
I have learned a great deal from Alice, who sees our human frailties and triumphs with equanimity and unique clarity from her vantage point of advanced age. The optimism and profound humanistic values she learned as a child, which govern the rhythm of her being, have never forsaken her in more than a century. Her story could be our textbook for living a far richer life. Surely it is the key to staying young.

From A Century of Wisdom, © 2012 by Caroline Stoessinger, published by Hodder and Stoughton.

A Complete Guide to the Soul 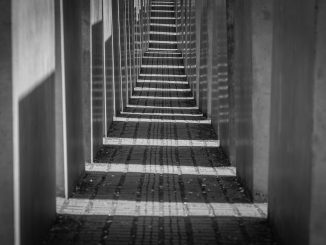