This newsletter is a bit longer than usual because of the significance of the Winter Solstice this year, and particularly the period between 12/12 and 12/21. Many of you will be aware of the prophesies concerning this time, linked with the Mayan calendar and other astrological events. There has been a lot of media attention focused on the fear and panic arising in some quarters due to doomsday predictions.

Looking back on this year, listening to and observing the patterns in the lives of my students and readings’ clients, as well as my own, it’s clear that many of us have had to face and work through a lot of old, difficult, emotional – and sometimes physical – material, as we entered upon a crash course in karma cleansing in preparation for this time. I know I am not the same person that started out this year – which I am very happy about! How about you?

My visions have shown me that although we may not see any major apocalyptic events in the world over this period, something very big is happening on the Inner Planes. In short, we are being given a golden opportunity to raise our consciousness to a higher level: to an awareness of Love, Wisdom and Unity with all that is. This cosmic shift is being facilitated by the great being known in the West as the Archangel Michael. Visionary and seer, Wellesley Tudor Pole, who lived at Little St Michael’s below Glastonbury Tor, which is dedicated to the Archangel, received many messages in his lifetime from Michael, whom he called “Preparer of the Way.”

Tudor Pole understood that Michael is acting as herald and forerunner to the new Christos principle, which will descend to Earth in the coming age. This means that Michael, who presides over the high hills in the island of Britain, is a regent for the Solar Logos, the Spiritual Sun of our solar system. From time to time, there incarnates on Earth a human being who embodies the energy of the Solar Logos. Jesus of Nazareth was one such, as was Lao Tzu and Gautama Buddha. Avatars such as these come solely to transmit the wisdom and love that will awaken us to our true nature.

But, as Tudor Pole was wise enough to point out, the Christos principle is not merely the special province of masters and initiates. It can manifest through each one of us to the extent that we are able to become dedicated channels for that purpose, and eventually will be realized within an evolved humanity. For too long humankind has looked for answers from charismatic leaders of both spiritual and worldly government. The last one hundred years alone are full of examples of the disastrous results that occur when people abdicate their own sense of responsibility, discrimination and personal power by projecting god-like qualities onto an outer teacher or leader. Our current task as a species is to evolve from the child-like search for parent-figures, and to turn our attention instead to developing our own inner spiritual resources.

As to how Michael works to quicken our spiritual evolution, Tudor Pole presents a clear analogy:

He is the chief engineer in charge of the sluice gates which control and regulate the release of the “Waters of the Spirit” into our midst. The reservoirs behind these gates contain infinite supplies, capable of serving human needs far into the future. . . Man employs the movement and the pressure of water in order to generate electricity. Michael and his co-workers use a similar process for converting the “Waters of the Spirit” into rays and radiations. The latter are stepped down to a point where they can enter safely into the minds and the lives of all forms of sentient and non-sentient life on earth.

This is not, however, always an easy or comfortable experience for us, the human recipients of such powerful new energies: The first effect of a speeding up of these processes is to shake the earth to its foundations, in the form of wars, tribulations, racial disturbances and seismic upheavals. It is true that our world has never been free from these conditions, but when they become so widespread as they are now, we can know that the end of an Age and the birth of a new one are on our doorstep.

In the 21st century, we are all too aware of the increased number of earth-shaking disasters which have recently beset our planet in the shape of warfare and terrorism, and weather-related catastrophes such as earthquakes, tsunamis, floods and tornadoes. Many of these are the result, directly or indirectly, of human actions. Michael does not come to punish us with fiery wrath but with the results of our own folly and ignorance. We are receiving a wake-up call in proportion to the amount of resistance we put up against the necessary changes that must take place within us, individually and collectively.

Rather like the card known as the Tower in the Tarot deck, which shows a man and a woman falling headlong from a tower whose top has been struck by lightning, the more we build up a hubristic edifice of the ego with which to defend ourselves from the truth, the more painful the process of transformation. It has been said that we live in an ‘apocalyptic’ age, but the original meaning of this word is ‘to remove the veil’ in order that we might become aware of the true spiritual reality that underlies what we think of as real.

Those willing consciously to serve the Light at this time will find Michael’s guidance and tutelage an unsurpassed source of support and empowerment, for then awakening becomes an endeavor of cooperation with the Divine Will. Then Michael’s fire kindles the evolutionary spark as a forest fire kindles the process of germination in certain seeds that would otherwise lie dormant. For all the illumination and knowledge needed for the next stage of evolution is already embedded within human consciousness. The new wave of energy Michael transmits will not be the ‘magic bullet’ that adds something not already present, for the divine spark resides within each one of us. Michael has come to awaken that which already lies asleep in the secret sanctuary of our souls.

As the portal opens onto this special time tomorrow, we suggest that you find time to attune to whatever for you is the highest aspect of the Divine, whether you perceive that as a Being or a state of Consciousness. Enter into the Silence and open up to the radiant energy of the Divine on all levels, allowing yourself to be suffused with Love, Wisdom and Unity.

May we awaken in Beauty!

Mara also offers sacred journeys to the magical places of Wales and England. See www.celticspiritjourneys.com for the latest offerings. 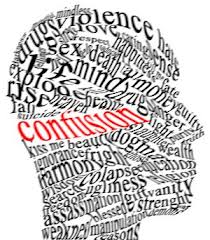 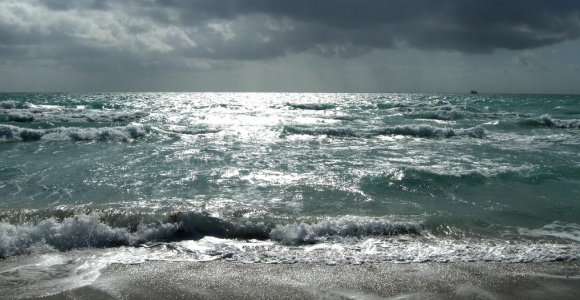