The author Barbara Marciniak says that the Goddess is going to be birthed through us no matter what, male or female. She explains how important this is for the planet. ‘When you explore the goddess,’ she wrote, ‘you begin to value life. When you value life, you do not kill.’ The main thing that struck me was that she she stated that the Divine Mother should be the foundation for new communities and new civilizations. When I read that, I felt happy that I was on the right track. At the same time, my own business structure began to fall apart – it was inevitable because the patriarchal aspects had to go.

Falling apart to come together

There is in India the image of Tara. She had around her neck freshly severed human heads. I never could fathom how to understand that, so I read up on it. These heads represent the nooses in a person. You can hang yourself on those nooses: lust, anger, greed, envy, delusion, fear, etc. The Divine Mother chops off your head to cure you. But we are so attached to these nooses that we shrink from the Divine Mother in fear. It is important to understand, however, that she only wants to kill the false you, the limited you, the old personality you accrued in so many births. She wants the real you, which is quite different.

There is another image of the Divine Mother with many arms. That represents her taking your karmas. Most people wear their karmas like clothes. She wants to take them off. She cremates billions of karmas. It is said that there is no escape except by her grace.

Once in Puerto Rico, I woke up screaming because I had a dream I was carrying my head in a bag! But later I understood this dream as a very good sign. I did not want to die and reincarnate a thousand more times. I was hoping and praying I could surrender, so I said to the Divine Mother, ‘Do what you want with me!’ Little did I know, you have to prepare for things to fall apart. Years earlier I had said to Leonard Orr [founder of the Rebirthing/Breathwork movement] that I was afraid my business was falling apart. He said, ‘Good. The ego has to fall apart.’ Things would fall apart in my business fairly often, and I stopped thinking that that was bad. Something new always arose like a phoenix. I made a lot of mistakes, but at the same time, miracles kept happening.

I was in Switzerland, where I had been asked to teach a course on physical immortality. That was rare because these were all new students to me and I usually do not teach that course to students I do not know. Well, I decided, hopefully the right people in Zurich will come. Then I received a fax from my astrologer stating that on that very day, there was a configuration of planets in a lineup that only happens about every 60,000 years. I believe it was Sirius A, Sirius B, Pluto and the Earth lining up. The main message of the fax was that this was a sign that the Divine Mother energy was moving in and the patriarchy would seriously start breaking up. (That was already happening in my own organization… Sometimes pioneers have to go through things first to learn how to help the others.)

In Zurich, I told the group I would have to do a ceremony to acknowledge the Divine Mother using incense, flowers, and grains as an offering to the altar at the exact hour mentioned in the fax. This came right in the middle of the seminar. I told them that it was highly unusual that I would do such a thing with a new group but they could stay and watch if they wanted.

A gift of sacred, healing ash

That day my body worker, Kerry, was feeling ill. I was extremely worried about her, but I had no time to rebirth her myself. I sent a fax to one of my teachers for help and told Kerry to stay in my room by the altar. At midnight Kerry ran to get me and my organizer. She was shouting that sacred ash was coming out of my picture the Divine Mother! We ran into my room to the altar and sure enough, it was true. I told her to eat it. We all three ate it. She was instantly healed! The Mother was once again showing me her power. I was so glad I had a witness to these things and others could share the miracle.

The Mother is supreme reality. She is light itself. Transcendent. It is by her and through her that all things moving and motionless shine. It is by the light of her, the Divine, that all things manifest. A yogi told me this: ‘When everything else is stuck, only she is moving.’

From Rock Your World with the Divine Mother, © 2007 by Sondra Ray, published by New World Library. 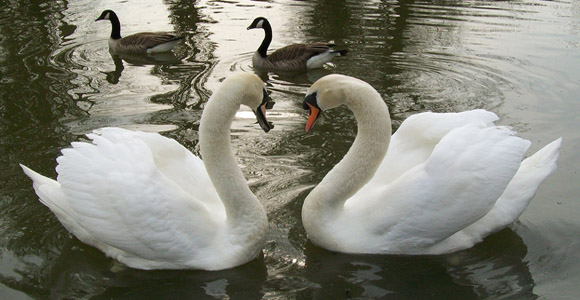