Yesterday I returned from a workshop in France with over 80 participants which was a most exhilarating and stimulating event during which I was surprised by the intensity of the demand for an explanation of blessing as a tool for healing.

In addition to the book on this theme now published in eight languages, Jane Young, the author of the very beautiful and moving YouTube video on The Gentle Art of Blessing (which has reached tens of thousands of seekers all round the world,) has just created a new website on this practice (see:www.gentleartofblessing.org – also in French).

So simple, yet so effective

What I love about the practice of this art is that it is such a simple, practical tool for healing in the most varied situations. To summarize the heart of the practice, one blesses the person (or situation concerned) in the opposite of the quality they are manifesting outwardly. For instance, one will bless a depressed person in their joy, their buoyancy, their openness ; someone expressing some evident form of lack in their abundance, their fullness and creativity, etc. Here are just a few samples of the feedback I have been receiving from the whole world for 25 years now.

Mammadou is a very dear friend from Mali, West Africa, where he runs an NGO doing outstanding work with rural women in one of the poorest regions of he world. Polygamy is the dominating form of marriage in the region. He meets an acquaintance in the street, a woman in her fifties whose husband had just taken a much younger and sexier wife. His attitude towards his first wife had radically changed. He was beating and insulting her continually, and the younger wife was following suite. Her life had become sheer hell.

Mamadou told her to simply bless both the husband and second wife. She started immediately and the very next day the husband came and apologized for his attitude and the younger wife also changed radically. Now in the neighbourhood, the two women are given as models of harmony in a polygamous household.

A participant in one of my workshops is a teacher. One of her colleagues in the school where she taught turned her head aside every single time they crossed in the corridor. This had been going on for twelve years.

After taking the workshop, she started blessing her colleague daily and each time they crossed. Very soon after, before the school break, her colleague came to her and with a wonderful smile wished her an excellent holiday.

An 84 year old white woman from Zimbabwe wrote to me that four Africans armed with knives broke into her house early one morning soon after she had read The Gentle Art of Blessing. They gagged her, tied her and threw her on her bed. Immediately the teachings from the book flooded her mind and enabled her to bless the thieves and keep a deep, settled calm. The men left having found the money they were looking for. Later, everyone marvelled about her composure and the stolen money was returned, anonymously, the very same day.

But my favourite blessing story is that of sister Frieda, a crippled, retired nurse from Zürich, who spent 14 hours per day, six days a week for over ten years standing in the busiest section of Zürich train station, the largest in Switzerland by far, just blessing people. (See on the blessing website a very brief video of Frieda in action). She did not even accept to grant a single interview, saying it would distract her from her activity! She is my hero.

One of the most wonderful experiences with this practice is that as you persevere, especially in public locations or transport, you will feel a profound deepening of your compassion for all you meet. You will literally begin to perceive the need of the persons you are looking at and so will be able to bless them in the manner that can help them most. Sometimes, they will accompany you for months, such as the woman I met in a Geneva tram last spring and who appeared the image of total misery. I blessed her in her deep contentment, her peace and her quiet joy. She still comes to mind occasionally and the blessings just wing their way to wherever she may be.

Blessing will get us there

There is a wonderful sufi story a nobleman who owned a black slave. Nothing seemed to tire this man who considered himself a servant of God. He did not care two hoots about the world. He labored all day and at night he would pray.

One day his master said to him
‘Your ardor moves me, troubles my soul. Tonight, I would like you to waken me to prayer with you.’
‘Master’,
replied the slave,
‘The woman in the throws of birth needs not be awakened. The call of her bowels suffice her. If only you felt the sweet pain of the love of the Almighty, you could not fall asleep. Night and day your eyes would be alert. If you need someone to shake you, to lead you to pray, then it would be just as well that another pray in place of you. He who does not feel the birth pains of this longing for God is not an authentic seeker of truth. For verily, for the heart which feels this desire, nothing else is of importance.
I believe that unselfed blessing with deep sincerity and perseverance will get us there.

THE GENTLE ART OF BLESSING
by Pierre Pradervand

Mystics tell us that behind the veil of material appearances exists an infinite, unconditionally loving principle of benevolence, abundance and peace. Would you like to develop your own awareness of that? An awareness so vivid, so unwavering that you can no longer mistake the veil for the reality? An awareness so penetrating that the laws of Love, with their transforming, healing power, are admitted even into the darkest hell?ÇïThis, and no less, is the aim of The Gentle Art of Blessing, described so eloquently by Pierre Pradervand.Click here to buy.

MESSAGES OF LIFE from Death Row
by Pierre Pradervand

Messages of Life from Death Row provides an immensely uplifting example of how we can transform even the most dire of circumstances into an opportunity for transformation and flowering of the soul. Imprisoned on death row in Texas State Penitentiary, for a crime he did not commit, Roger McGowen’s situation was seemingly hopeless. Kept in terrible conditions, with virtually all compassion stripped from his day to day life, Roger could so easily have given up. But he believed that God had a perfect plan for his life, and has now become a beacon of truth, hope and inspiration for many.Click here to buy. 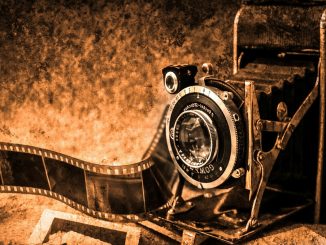 Healing Past Lives by Jacqui Crooks 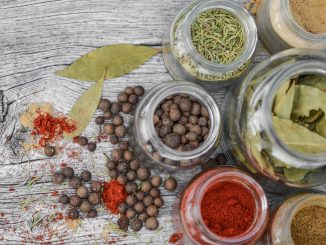 What is Sensory Herbalism by the Seed Sistas