A dear friend of mine decided when he was a young man to travel around the world. He ended up one day in a Buddhist monastery in Thailand, not knowing how long he would stay. (He finally stayed there 2 1⁄2 years). At 3 a.m. every morning, one of the monks had to go and ring a huge gong on a neighbouring hill, and very early in his the abbot asked Mark to ring the bell early in the morning. The first days Mark got up in a bad mood, rebelling against this new duty. But very early on he realized he had the choice regarding his thoughts, hence regarding the spirit in which he would perform his task. this new he got up in a good mood, went up the hill humming, and really applied himself to sending blessings all around as he rang the gong. On returning to the monastery, he saw a lone monk in the courtyard who came up to him and said: “Mark, what did you do differently today? The gong had another sound.”

The most important thing to undertake on the planet is raising world consciousness, because absolutely everything in life and in the world today depends on our level of consciousness. So one of the greatest gifts we can make to the world is the gift of the quality of our thoughts.

Some time ago, I was at my desk in Geneva and received a phone call. An unknown voice said to me, in English with a very strong Indian accent, “This is the Apple-Windows office in London, and we are phoning you because you are having problems with your computer, which is slow…” and on and on. (Such an office of course does not exist.) And suddenly, I saw his mouse moving around on my screen.

After the incident, my webmaster told me I must have given him access to my screen, but everything went so fast I could hardly follow. (I need to explain here that I am a paleo- Neanderthal computer caveman.) After 25 minutes of his explanations, his deleting this and that, I started feeling really uneasy and suddenly he said, “Well, that will be $150”. I protested that he had never ever spoken of , but he said something like “You know nowadays all services are paid. If you have a bank card, you can pay immediately”. Which I did. He said goodbye and I jumped on my phone and called my webmaster who replied, “Pierre, you have been a victim of THE classical hoax. Cut your internet contact and cancel your immediately. I will have to change your whole system”. All in all, it cost me close to £360.

In the very second I realized I had been hoodwinked, I started blessing the man in question and did so for weeks. I felt deep compassion for him, knowing he could never find true happiness cheating people all round the planet eight hours a day. In addition to that, instead of feeling angry and resentful and hence pulling the level of world consciousness down, I was I able to instantly forgive and bless him, and thus stay totally at peace, while helping raise world consciousness.

Blessing people and situations everywhere one of the greatest gifts one can make to the world – not to mention oneself. It is the key to constant because it enables immediate forgiveness in all situations. As the great American healer and mystic Joel Goldsmith said in the last century, “No one can enter my consciousness who needs to be forgiven, for I have already forgiven him seventy times seven”.

My book, 365 Blessings to Heal Myself and the World, contains one blessing for each day of the year on every topic imaginable, from street children to bees, from Mother Earth to making love, from those in various desperate straits to loving oneself better. And on the website www.gentleartofblessing. you will find numerous stories of healings of all sorts, including the healing of deep depression, and especially of human relations.

So, friend, why not grant yourself – and the world – the gift of heart-felt, meaningful blessings?

This Article was featured in the Winter 2018 Cygnus Review. Pierre Pradervand’s 365 Blessings to Heal and the World is available to be purchased from Cygnus Books. 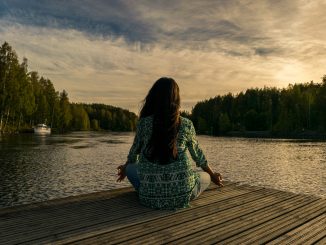 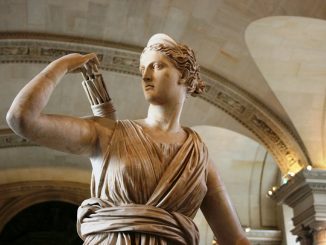 The Goddess is a Torchlight for Our Times by Sophie Bashford 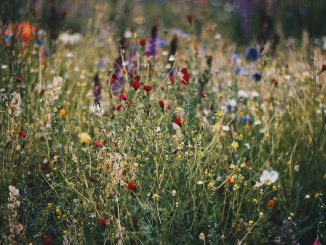