The light might be slowly dwindling, but it always comes back in a bright blaze at the turn of the year. Hope is always there and things will always get better. It’s been a demanding year. Personally, I have found that a lot of , solidity even, has fallen away. I know it’s good not to be in automatic all the time, but it can also be tiring to be endlessly groping your way and constantly assessing situations. I listen as closely as I can, have gratitude for all the great things in my life and trust that all shall be well.

A couple of memorable things:

On my travels I have had the chance to pay my respects to a couple of heroes. William Blake – poet, artist and prophet – was buried in obscurity in the nonconformist graveyard of Bunhill Fields in London nearly 200 years ago. There was a marker stone for him and his wife, but that was never meant to mark the precise spot where they were laid to rest. In recent years though his supporters have worked out that location, and this summer a beautiful new stone was positioned above his true resting place.

The spirit of this great bard is being revived. He is not of King Arthur’s magnitude, but he still somehow represents a brave and visionary spirit for these islands, and it’s gratifying to think of this new memorial marking an inspirational light that shines out from the heart of London.

I also had reason to go to Switzerland for a few days and I seized the opportunity to go to Carl Gustav Jung’s family home in Küsnacht, which has recently been opened as a museum. Over the front door is Jung’s famous motto: VOCATUS ATQUE DEUS ADERIT. “God is present, whether summoned or not.”

The house and garden seem quite ordinary at first. The tour begins on the ground floor and then takes you upstairs and into the library. More than fifty years after his death this room still reeks of pipe tobacco, and it feels like he is there. At that moment the house becomes more than just a museum. There’s the desk at which he wrote, and the walls are lined with volumes of religious, esoteric and psychological works. Most wonderful of all are all the old alchemical texts, in original editions, some from the seventeenth century: they might be the only copies in existence of these fruits of the alchemists’ patient striving in their lonely laboratories. The present moment seems to concertina, and the energy becomes heightened and intense. The space turns into a crossroads in history.

After that we were taken to the waiting room for Jung’s patients, which had a bust of Voltaire – the great sceptic – on top of the bookcase. Finally we entered Jung’s study, which was also his consulting room. This is a darker room, with stained glass in the window, which would have shone an almost sacred light on the patient sitting opposite, whenever the sun streamed in. There is also to one side the lectern where Jung probably stood to create the legendary Red Book containing his dreams and visions, and on the other side an alcove with an image of Christ from the Turin Shroud. If Voltaire was the presiding spirit before, this is a different kind of place – a place for God (or whatever term you want to give to the Eternal) to be present, whether summoned or not.

Places like these can be profoundly inspiring. Time slips away and we can connect to the potency and power of those human beings who have changed the world. Of course they are no longer physically present, but there is something there…

The desk of Emma Rauschenbach Jung, his wife, has been moved from one of the rooms upstairs into the living room on the ground floor. She brought into the marriage the money that enabled her husband to carry on with his work. She also tolerated his unpredictable and sometimes wayward behaviour. Finally she became an analyst and author in her own right: a healer of great insight. The museum pays constant tribute to her, through photographs and mementos, and the symbolic act of bringing down her desk reminds us that Jung’s heritage has itself grown stronger because of the way male and female energies were blended, especially in these very rooms where Emma held the household together.

Ultimately, I think her contribution is as great as his. the original marker stone in Bunhill Fields pays tribute to Catherine, William Blake’s wife, who was unfailingly loyal and supportive to and helped him so much in his career. It is not “he did this” and “she did that” – it’s what they achieved together, and thus bequeathed to us, that counts. We appreciate the legacy of these men and women, working in unison. Whenever we work together in the cause of the greater good, something greater is generated than the mere sum of two, three or more human beings.

Finally, as I write this, a bright light has just left the world when Father Thomas Keating, the Cistercian monk, passed away at the age of 95. He helped bring into being Centering Prayer, a Christian approach to contemplative prayer based on the mystical classic The Cloud of Unknowing. He also did much to encourage understanding and brotherhood between religions through his friendship and work with another great spiritual figure, Rabbi Zalman Schachter-Shalomi. The work of these people who bridge divisions needs to be remembered in times like these when there is so much mistrust and hatred between different groups of human beings.

We are all on the same path, and we have to hold this in mind, now more than ever. 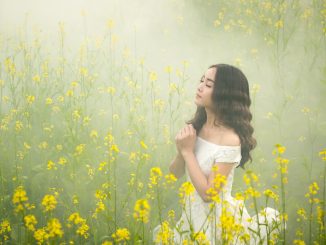 How Prayer Changed My Life by Rose-Marie Sorokin 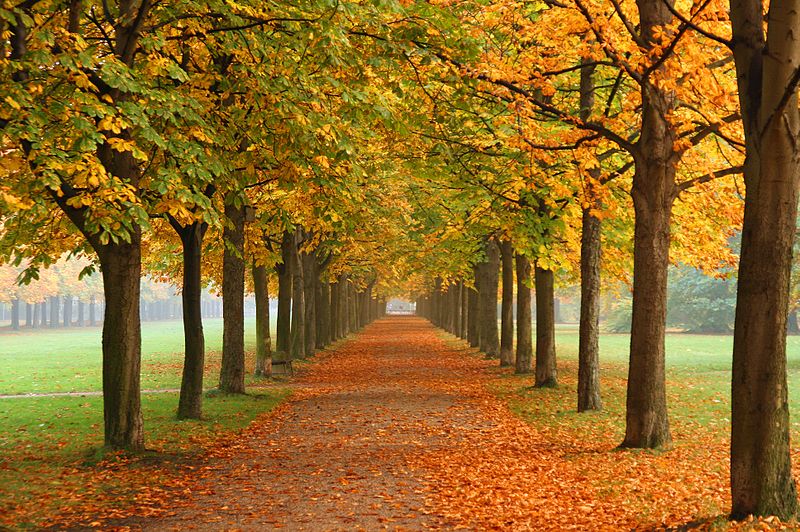 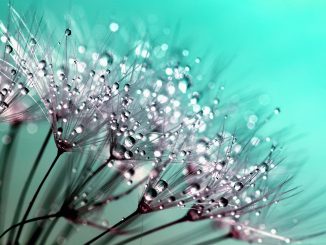 Letter from the Editor: Approaching Life as Something Enchanting…