What are the current planetary movements telling us? The backdrop is the Aquarian-Leo harmonic and so it’s an age of learning where we serve with loving intent and sacred purpose.

This is a double whammy effect, a powerful and potent time when individuals really can make their voices heard. Saturn in Capricorn is emphasizing responsibility: to consider the effects of actions that impact on other lives and on the environment.

For those following the sacred wisdom threads it’s sending a message: “This can be a rite of passage. A time of initiation into a new level of accepted responsibility. A time to climb that mountain to get an overview of what needs to happen in a practical way. Plug into your sacred intentions before you descend to put your visionary plans into action.”

Jupiter is stimulating the need for even more eco-awareness. Its message is to “think globally and act locally”. None of the natural kingdoms can petition on their own behalf. When faced with destructive human choices they have to remain silent and endure until we become true caretakers. We are their mouthpieces who can talk, petition, lobby, conserve, share and communicate on their behalf. They wait silently until we do.

Jupiter is saying, “The time to do so is now and with even more determination. Eco-awareness isn’t a fad or passing trend, it’s essential. All species and forms in nature have the right to live in dignity. It’s time to respect all life and appreciate how much her kingdoms help humanity. For the majority this is for very little return.”

Without worms there would be no rich topsoil. Without bees and pollinating insects not such a variety of fruits and vegetables. Replacing beavers helps the lower flood plains when they build their dams upstream. Plants contain many medicines and antidotes for infection. The crystal world propels much of our technology.

These two planetary effects together are stimulating the need to take responsibility: to write, lobby and petition all those who have been elected into positions of power. To cut through inertia and get more creative initiatives going. Individual voices can build into a chorus that demands accountability, honesty and transparency within all social institutions. We have the right to ask politicians, “Are sufficient steps being taken to protect the environment?” Also to look into the ethical foundation of any business and to ask the media to give us more positive news about global initiatives.

Public opinion gradually builds up and brings about change. Individuals spark movements via social media, for example by picking up plastic from beaches. The keynotes here are responsibility, ethics, accountability, service, balance, restoration of harmony and conservation. Are the public, the electorate, the customer or the client being served fairly and openly? Are promises being kept in the form of manifesto statements, standards of goods, animal welfare and restoration of habitats? Does it do what it says on the tin? It’s when many individuals start questioning and demanding ethical behaviour that change begins to seep through the very impersonal structures within society.

One voice doesn’t sound like much, but when there are many voices people have to take notice, because sales go down and MPs aren’t re-elected. Then environments change, beauty begins to replace ugliness and mindsets alter.

This is building up and these two planetary energies will support all those who want to make their voices heard regarding our planet and environment and our habitats and architecture, for example the how and why we build aesthetically pleasing environments.

This is the perfect time to anchor expansive visions in practical ways, with everyone taking a portion of responsibility within their own landscape.

Jupiter in Sagittarius lets the arrow of enthusiasm fly to hit the bull’s eye. Goals are achievable. New visionary ways are circulating. Institutions need to catch up and start paying attention. Single voices can unite to become a creative chorus.

This article was featured in the Summer 2019 Cygnus Review. 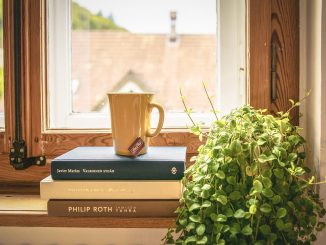 Brought To Book by Brenda Hodgson 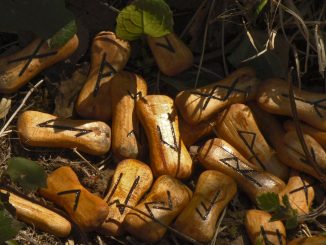 Tales of the Runes For Spring by Ann O’Keife 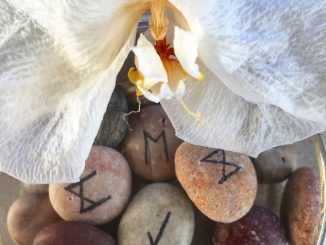 Tales of the Runes For Summer by Ann O’Keife