My father retired when he was about 65 years old. It wasn’t really because he wanted to, but it seemed like a good idea at the time. A pharmacist turned businessman, he established an extraordinary business in our hometown in Winnipeg, Canada.

‘Ellergby and Hall’ was a true pharmacy: prescription drugs only. Located near some of the city’s bigger hospitals and clinics, it was known for its exceptional customer service, home delivery, and trustworthy relationships with many of the city’s physicians. My dad was the sole owner for the majority of the business’s history, and he built it from a small start-up to a thriving local fixture.

Over the years, people asked him to sell his business to them, to franchise it, or to add additional locations in town. He was a shrewd businessman and was as cautious as he was ambitious – maybe more cautious. My dad didn’t believe in credit or risk. He believed in sound investments, personal integrity, and a conservative approach to life. The pharmacy was successful enough to provide well for our family, and my father had no desire to earn more than we needed. In addition, the day-to-day dealings were – aside from our family – the center of his life. He didn’t want to be divided between numerous locations and multiple staffs and managers. Ellerby and Hall was his child, his pride, and in many ways, his identity. Beyond love of family, most people would say that it was his life.

But times change and so do industries. Eventually, there was less room for a prescription-only pharmacy that had so much less to offer than a convenience store that stocked everything from chewing gum to lightbulbs and diapers. So when a large Canadian firm of ‘drugstores’ offered to buy his store as well as his inventory, he knew that as difficult as it was, at age 65, it was time to let it go.

After the retirement parties and transition/consulting phase had passed, everyone wondered what my dad would do next. He was smart, well traveled and had a solid financial nest egg beneath him. My mom was, and still is, an energetic and open-minded woman. Truly, the sky was the limit for them. Dad, however, had lived his dream and really wasn’t receptive to new ideas or adventures. His practical and conservative nature served a fine purpose in business, but it impaired many of his relationships – most of all, his relationship to himself. He had few personal pleasures or pastimes, and just a few close friends.

I always thought that there were so many things he could have gotten involved in, but his first year of retirement passed quickly, and he had spent most of it doing little more than walking the dog, reading the newspaper, and turning simple daily errands into time-consuming expeditions. He also began to take regular naps that seemed to get longer as time passed. Of course, there was more to how he spent his time than that, but the simplicity and lack of direction was a bit of a shock coming from a man who had always been busy, rarely resting, and certainly not lazy. The main concern wasn’t that he wasn’t ‘busy’, but that he didn’t seem to be enjoying himself either. A hobby, a new interest, even some well-deserved indulging would have made sense. He just seemed to drift. He wasn’t engaged, even in his resting.

It shouldn’t have surprised me that next year when he went to the doctor for a checkup and came home with ‘asthma’. He’d become increasingly tired, and his respiratory health seemed to be declining. Yet I was shocked by the diagnosis. My dad was the kind of man who never got sick. I can scarcely remember a day he missed work. He rarely had a sore throat, cold, or flu. He was just one of those naturally resilient people. If he was sick, I’m sure he simply hid it well and continued on with his life. Far from a health nut, one thing my dad was for sure was robust.  I guess that’s why having asthma seemed so odd. Such a late development in life, such a manageable condition, and yet is seemed to be hitting him so hard.

Later that year, we learned that the doctor and his tests were wrong after all. By the time we realized they’d made a mistake, the newly discovered cancer in his lungs had spread widely an was already in his brain. Nine months later, he died.

Did my dad die of cancer? Yes. Did he suffer because of  a doctor’s mistake? Yes. Was it genetic, or did his lifestyle have an impact? I’m sure both played a part. But I think that all these things were just symptoms of what really kiled him: an inspiration deficit.

It was hard for anyone to put it into words, but most of us felt the same way: when he gave up his business, it was like he gave up everything. His store was his life and his identity – it was the one piece of him that was truly his own. He loved my brother, sister and me dearly, but we all had each other and he shared us with our mom. He had Mom, of course, but she had us and her own friends and interests as well. My father knew that she wanted a new life with him; she was ready for a major change and a new direction. Retirement could have been a gift, but he didn’t see things that way. New horizons weren’t appealing to my dad, and change was even less appealing. His business was the one thing that he created, fed, and identified with throughout his adult life. And when he let it go, he lost himself – and that is not a metaphor.

Sadly, my father taught me the most important less of my life, and it cost him his own. He showed me that even the things that were once our passions can, in time become old roles that keep us stuck and from growing. He showed me the risk of allowing life to become too narrowly defined, and identity too singular in nature. We must also remain whole people, complex, evolving, and inspired.

My dad’s death showed me that inspiration is a state of being; it’s not what you do or have. Passion is a state of mind; and it can flow from one role to the next, one stage to the next, and one relationship to the next. Inspiration is about your inner world, and it certainly not about doing what you have always done. If you attach your inspiration or identity to anything outside yourself, you stand to become a strange kind of victim in your own design, dependent on the world around you to sustain and validate you. The inspiration that was my dad’s business became a habit and jaded story. Worse than the fact that the inspiration that was once his business had turned into his identity was the fact that he had no other sources of vitality and joy. In that absence, life lost its power.

My dad didn’t have the capacity to see what he had to live for. He didn’t have the tools or mind-set to look for the opportunities in front of him, nor did he know how to ask for help. In part, it was his generation and culture. It was also his personality and emotional history that kept him trapped in what was safe, unable to imagine that anything new or unfamiliar could be better or even as good as what he knew.

My father was a very intelligent man, almost a genius in some respects. In many ways, he had all a person could want. I loved and admired him deeply, yet I also knew that his inability to truly connect with his heart and allow himself to tap into his own joy and self-awareness choked the vitality out of his life. He paid the price of his inner disconnect on a daily basis, as well as in many of his relationships. In the end, I believe, his inspiration deficit took his life.

Who is this book for?

The first question that most people might ask themselves when they pick up this book is: Is this for me? The most straightforward answer is yes.

Based on my experience, I believe that Inspiration Deficit Disorder is at the heart of what troubles and challenges most people today. The heart of this

book is a road map for improving, healing, or transforming just about any aspect of life you can imagine. I’ve applied the principles of this approach while working with thousands of people; and I’ve presented my techniques hundreds of times to therapists, medical doctors, psychologists, celebrities, Fortune 500 executives, nurses, moms, dads, high-school students, addicts, religious leaders, yoga teachers, meditators, retirees, spiritual seekers, and more. The feedback is almost always the same: it’s simple, it’s clear, and it works.

The basic elements of my teachings aren’t new; they’re timeless and found in cultures and healing systems around the world. It is the presentation that isnew: clear-cut and easy to apply. This book will empower you to take what you already know about yourself and use it to revitalise your life. Everything you know about motivation, healing, psychology, success, and personal betterment will fit into a map that will allow you to see your life and potential more clearly.

It doesn’t matter what you do, who you are, or how old you are. Just like the moon and the stars, the seasons, and the cycles of birth and death, your life unfolds within the laws of nature – human nature. If you understand the natural laws of self and health, you can quickly learn to tap into the wisdom and energy already acting on you and within you every day. 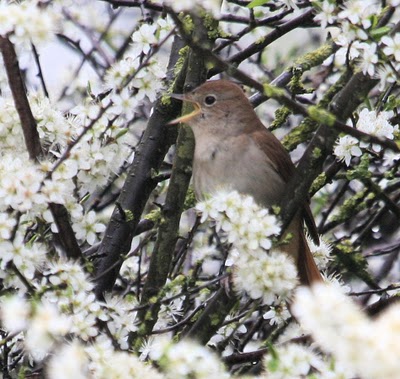 Happy Spring Equinox! How will you celebrate?

Shifting from Ambition to Meaning 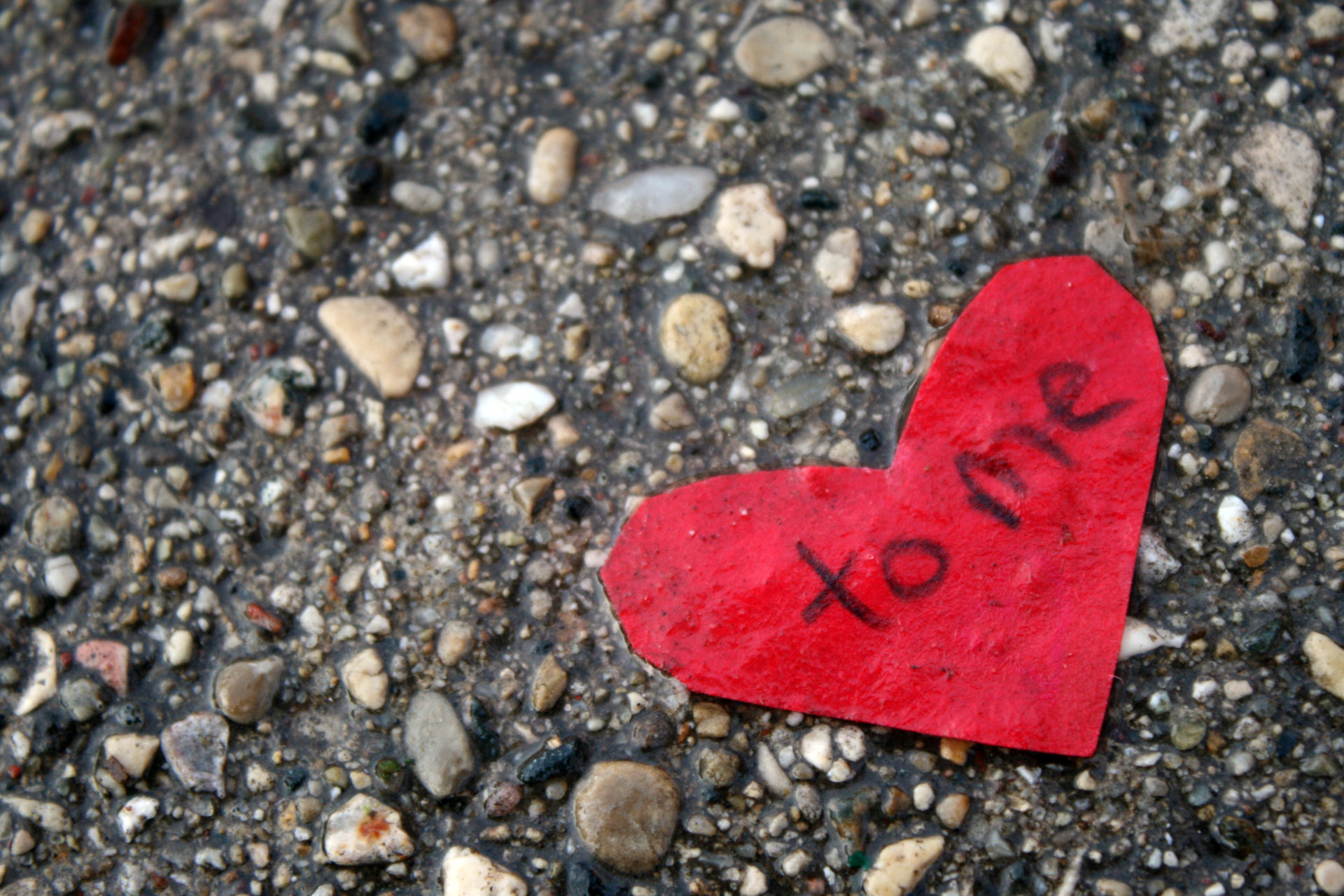