‘Singing Silence’ is the name of the beautiful bicentennial, restored chalet at 10,000 feet where I have the good fortune of running summer workshops every summer. As I write these lines, I am facing the dazzling white summit of the 15,000 foot Dent Blanche peak, and realizing what an extraordinary privilege it is to write this column for Cygnus readers, who are such an open-minded group of seekers, true cultural creatives to use a fairly newly-coined expression.

The most important discovery
While sawing and chopping wood for next summer’s workshops, I was wondering what was the most important discovery of my existence. I would say unhesitatingly that it is the discovery that the universe is run by rigorous spiritual laws. One can even call these laws scientific, in the sense that they are open to testing. They operate according to a win-win paradigm, and the most fundamental of all is the law of unconditional love.

If the spiritual sphere is supreme, as major seers have been telling us for aeons, this gives great hope for the future of mankind. And if these laws can be learned and applied by any sincere seeker, then the universe is also a very democratic place!

In my living, travelling and research in over 40 countries of the five continents, I have personally come across stunning examples of these laws in operation, healing both people, nature and situations of extreme violence. I have never mentioned them publicly before, but the level of consciousness on the planet is rising so fast and the people I meet so open I have started sharing such experiences, and instead of being met with disbelief, I am met with excitement. This gives me hope that we will one day collectively be able to apply them to global issues.

Here are a few examples.

An overnight healing
Well over 30 years ago, my friend David was a teacher in a private school in Connecticut. One night, during a terrific storm, he received a call from the mother of one of his students who knew he worked according to these laws. The phone conversation was interrupted, so he never knew the exact nature of the problem. But he did know there wasn’t anything the law of harmony couldn’t solve. ‘I simply listened to the Presence of God until I knew with conviction that all was well.’ The next day, the elated woman related that the whole herd of hundreds of cattle they had in Georgia had been healed overnight of foot and mouth disease, and the State inspector come to oversee the liquidation of the herd could only state that something ‘miraculous’ had occurred.

Facing a firing squad
My friend Antonio is a spiritual healer in Angola. During the terrible civil war that tore his country for 30 years, he at one time sought to flee the capital that was being attacked by the rebels. He had been praying non-stop for three days. On the outskirts of the city, the truck of civilians he was in was stopped by the rebels, who separated the women and the children from the men, who were taken to the nearby football ground to be shot. Antonio, who practises a non-dualist spiritual teaching based on the understanding of the complete supremacy of these spiritual laws, was just knowing (not hoping!) that ‘God, the only Life, is one and all. He was my one and only life, and that of the so-called rebels. This Life, which is One, could not menace itself.’ (I am drastically shortening his spiritual affirmations). The officer told his men to shoot but not one bullet came out of the rifles! For 15 minutes the rebels checked their rifles, but not once did a single rifle function, and the officer finally released the civilians saying ‘Deus esta com vosco’ (God is with you). In my book The Gentle Art of Blessing, readers will find another example of extreme violence healed through a clear understanding of spiritual law (see p. 182-185).

At the time of the following experience, my friend Philippe was a farmer producing large quantities of vegetables for large supermarket chains in Switzerland. One day he visited a field of carrots which were in a dismal state. Two scientists from a nearby agricultural station, after numerous tests, told Philippe his field was lost and he should plough it under. As a very committed student of the book Science and Health by Mary Baker Eddy, which contains the finest description of these laws I have come across, he worked spiritually to understand that Love’s perfect creation could not be corrupted by a nematode (the ground parasite infecting the carrots). The whole field was restored and he had an above average harvest.

I have in my files innumerable examples of these laws in operation collected over the years.

The existence and operation of these laws is one of the best kept secrets of our world. And for a good reason. If they exist, the whole superstructure of materialistic science comes crumbling down. And as they exist, this gives us immense hope for the future of the planet. We have at our fingertips, so to speak, unbelievable power for good and healing. This is what The Intention Experiment, amongst others, is attempting to harness.

Spirituality as a service 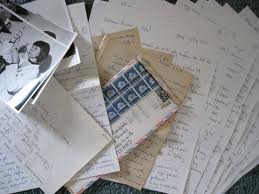 Letter to a friend in a hurry