Since my article ‘Consciousness Change’ was published in Cygnus Magazine last February, I have received numerous requests for an update.

The end of October proved to be a time when all of the planned for energy shifts and the completion of the last ‘Epoch’ of the Mayan Calendar came together to produce a move into new possibilities which lead into a new future. Human energy frequencies have now reached frequency parity with the Earth’s at 3.5 kHz and the end of the last Epoch allows us to move into the start of new cycles of existence.

There were no fireworks to the completion of these two events, just a quiet sigh of satisfaction of a job well done and a quiet acceptance of the turmoil that the new energy will bring into the new year.

A great deal of our true past has been deliberately hidden from us by those who would attempt to keep control over us. As our levels of consciousness continue to rise to our new resonance, all of the ways in which controls have been exerted over us are being exposed and those who are awakening to the new consciousness are now more able to see world events for what they are.

Unfortunately, we are likely to see these kinds of events continuing for a little while longer as those who exercised that control misguidedly believe that they still do – the recent events in Libya and what is happening with banking and the Euro being prime examples.

So what are the rising energy frequencies actually doing? For some people, there is a realisation that they have resolved all of their life’s problems and are ready to move on to the final stage of soul reintegration. For others, long ignored problems and issues are forcing themselves to the surface in such a way that they cannot be ignored any longer – intuition and the chakras need to be paid attention to. However, once these long ignored problems are dealt with and resolved, they too would feel ready to move on to the final stages of change.


This is what the recently completed energy acceleration was actually intended to do – to force us into resolving all of the emotional rubbish we have been refusing to let go in order to make way for the greater aspects of the soul to reintegrate into the body; the soul cannot reintegrate if the body is filled with emotional debris (see Everything You Always Wanted to Know About Your Body and The Sequel to Everything).

For many people, though, there is an increasing sense of frustration and this arises from the fact that they have sorted all of their problems out and feel ready and eager to take the final step.

As far as the Akashic is concerned, world wide, there are currently over two and a half billion people who are ready and able to make that final step into full consciousness reintegration, so what is stopping them? The answer is that there are many who would maintain the current state of control and fear-mongering in the population and they are attempting to prevent any of this change happening. If individuals underwent their final soul reintegration by themselves they would almost certainly be incarcerated in order to prevent the rest of the world from seeing them and knowing that they exist; we would see persecution on an unprecedented scale. However, if there is a mass consciousness shift involving over 2.5 billion people, the move to change becomes unstoppable and cannot be ignored or hidden away.

The timing of the final move to total soul re-integration is still a little in the planning stage. We know what we are doing and we know that we are ready; it is just a question of when. Two and a half billion people represent about 35 per cent of the total population – exactly on track – and when we move forwards together, nothing will be able to stop this change from occurring.

The latest that this mass shift will occur will be during 2012.

All any of us can do until then is try to be patient and not to become depressed or caught up in world events. The world is cleansing itself of all harmful influences as a part of this change and we need to let it happen; attempting to stop it will only prolong the agony and delay our mass reintegration.

Try to remember that everything is doing exactly what it needs to do and everything is happening for a purpose and that purpose is to cleanse this Earth of all influences that would hold us back. Once we have ALL completed our individual soul reintegrations together, we will then be able to work together to return the Earth to Her original pristine condition and move into a new and unpolluted future.

We are so close to completing the 7,000 years of ‘The Human Plan’ that all we need to be is patient for a few more months in order to achieve a future on our beautiful Earth that has no limits.

Seedpods of the New Time 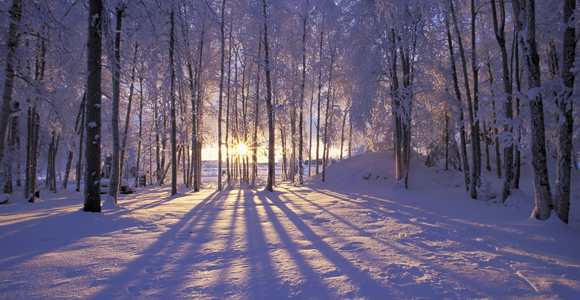