Once upon a time there was a planet filled with people who didn’t know the river of life has two equal sides to it, the mind and the heart. For thousands of years the heart and its wild emotions held sway, and the people danced and revelled and sang. Then the tables turned and the mind took over. Wonderful discoveries were made and technology flowered. But soon the Earth began to groan under the weight of progress. And the people forgot how to sing.

Where are your women?

Then one day the Uru-e-wau-wau tribe deep in the Brazilian rain forests sent a young shaman to America to learn about Western ways and culture. He’d been in the United States six months when he called his sponsor in a panic.

The shaman said, ‘In our tribe men and women still dwell on the two different sides of the river of life and have very different roles. The men hunt and fish. They cut down trees for building canoes and huts. The women gather wild edibles, cook and take care of the children.

‘Men and women equally take part in tribal council. But there’s one job that only the women can do, and it’s the most important job in the tribe. In fact, the survival of the tribe depends upon the women fulfilling this one task.’
His sponsor was intrigued. ‘What task is that?’ he asked.

Another way to be?

An American journalist heard this story and it rocked her world. She looked at her life and realized that, like hundreds of millions of other women, she’d been raised on the men’s side of the river, cutting the trees, fishing the rivers and hunting the game.

It had been wonderful and exciting and she felt proud she’d been as good as any man at her tasks. But she’d worked so hard and set such a brutal pace that at times she wondered what her life was for and whether there were more meaningful ways to live. She began to wonder if all the fish, all the animal skins and all the huts she’d acquired had been worth it.
Perhaps there was another way to be?

Haunted by the shaman’s story, driven to discover what made the women of the Uru-e-wau-wau tribe so powerful they could tell the men to STOP! She journeyed to the women’s side of the river to learn.

What does your heart say?

She did medicine ceremonies with ayahuasceros deep in the Amazon; she climbed the peaks of the Andes and travelled to India to the Goddess temples. She was told: ‘Go into the body and be present and connect with it. Forget the mind and all its chatter. Listen. What does your heart say? Its voice is the wisest of all.’

But oh! It was hard! She’d forgotten how to listen to the unseen and the unspoken, forgotten how to trust what lay inside her! On the men’s side of the river she didn’t have time to listen. Had been trained to depend only on her mind; to use her body for only one thing; told her heart should belong to only one.

No wonder she’d felt so frightened, weary and alone!
She stayed on the women’s side of the river for many years remembering her connection with the Earth and the importance of the heart songs of others. Her own heart flowered and she grew strong in her love for herself and her caring for the world. Then one day she looked around and saw she’d been joined by so many sisters who once had dwelled on the men’s side of the river she couldn’t count the faces their numbers had grown so strong.

Holding hands, singing, they crossed back over the waters to the men’s side to share what they’d remembered and learned. And the whole planet lived happily ever after as both mind and heart were finally joined as one.

In a quest to rediscover her own feminine nature, she began a journey that took her from a comfortable home in rural Washington into the heart of the Amazon jungle, up staggering peaks in the Andes, and across the globe to a temple of the Great Goddess in southern India, – and ultimately to a life of deeper meaning, authenticity and bliss.Click here to buy.

A Complete Guide to the Soul 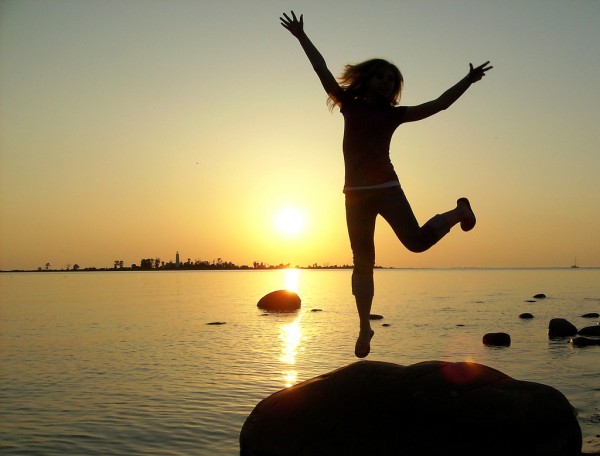 Who is your higher self?

Dreaming the Soul Back Home: With Robert Moss