In 2015, when my husband and I left Scotland for Poland, we moved into the ancestral home of his Aunt Zofia.  We wanted to come out of retirement and do something worthwhile with the end of our years.  But what, and why Poland?

Why Poland was no doubt influenced by the urgency in the deathbed plea of my mother in law, Rose Popiel Kieniewicz: “Remember Wojcza.  Promise me you won’t forget Wojcza”, she said as she clutched the picture of her childhood home tight to her chest.

The Popiel family was a part of the great Polish nobility whose roots can be traced to the 8th Century.   By the time the Nazis marched on Poland in September, 1939, they were among the landed gentry; in possession of palaces, manor houses, town homes, and castles with their adjoining woodlands.  Among them was Wojcza, which was almost completely destroyed by the Nazis during the war.

Of the family members who survived the war, everyone was forced off their land. The properties were then confiscated by the Communists but were eventually abandoned because of steep operational costs.  Wojcza would have required tremendous effort and a great deal of money to restore it, so when our cousin offered us a place at Sichów*, Aunt Zofia’s old house, we were delighted to accept the offer and get right to work on a project.

We wanted a project that would highlight the humanities.  When the Gestapo came to Sichów for Aunt Zofia and her husband, Krzysztof, in his memoirs he indicated that on the night before their arrest they were on the back terrace reading Plato to each other.  While it was absurd to consider reconstructing this cultured, 18th/19th Century way of life, it was within our grasp to bring back the humanities, the poetry, the aesthetics; we could serve as guardians to what was once of value to our family.

The women poets who perished during the Holocaust are of particular interest to us.  When all the lights went out in Europe, when it was in complete darkness the poets carried the light in verse. The irony and ambiguities of being put to death because of race and religion did not go unnoticed by them.  Nor did the universal themes inherent in their poems; the longing for home, for family, for love, for the sweetness of what once was.  How were they able to write in such a weakened physical and emotional condition? They were exhausted, starving and with each passing minute there was the threat of torture.  How were they able to focus the mind on the extraordinary task of creating a work of art within this atmosphere of horror?  The astonishment of their resolve, by their strength to write in spite of their indisputable fate is no less than extraordinary.

Knowing that they had been alive and were writing at the time my own mother-in-law was herself resisting the Nazis, animated them in my mind.  They became part of our ancestral family, part of our story, and the incentive to start an educational foundation.  Two years ago, our doors opened to the intention that we could preserve the aesthetics of a bygone generation.

Next month, we have a group of dancers coming from different parts of the world to tell the story of loss, grief and displacement through their performances.  We will be celebrating the women poets.  We will be reading their poetry and remembering their courage.

To put a voice with a name and to put a face on a poem expands our consciousness to consider compassion before false accusation and judgment.  To bring voice to the pictures along the walls of the concentration camps brings story to life.

Their lifestyle, the way they moved in the world, like millions of others was aborted on the day of their arrest.  They were displaced.  They were murdered.  They would no longer be able to come home.  Some survivors say the sweetness of life disappeared and was never to return.

“I feel very strongly that we should warn and educate our youth; they should be aware…what could happen to people who are innocent and so little informed as we were, because anti-Semitism is always somewhere and we have to be on guard, and this is the only thing…education.”

Not only can the poems of these women inform us, but their actions during an unimaginable era of hatred and abhorrent acts of crimes against individual human beings, the risk they took for each other is the endowment they left us.

Grażyna Chrostowska and Henryka Łazowertówna are two of the poets we will be featuring next month.  Grażyna was shot dead at Ravensbruck on April 18, 1942, just before her 21st birthday while Henryka was gassed at Treblinka.

The women at Ravensbruck supported Chrostowska by buying shampoo at the canteen.  They weren’t allowed to bathe so the shampoo was useless to them but the paper it was wrapped in was blank on one side, which was where she pencilled her poetry.  The women sacrificed their own needs so that Grażyna could write.

Henryka Łazowertówna risked her life along with Emanuel Ringelblum to stuff milk cans full of poetry, newspaper clippings, diary entries, and mementos, and then bury them in plain sight of the Nazis so that when the war was over someone might find their story.  Thankfully, they did.

Two hours before Grażyna Chrostowska was executed for generating written material in resistance to the German occupation, she wrote Anxiety:

This day is just like Chopin’s “Anxiety”
The birds are low above the ground. Restless,
Startled from their nests.
Silence in nature. Heat, like before the storm.
Low, dark clouds flow from the west.

Spring gales roll through the sky
Crouching fear in my heart. Longing, longing …
I want to walk on soggy, distant roads,
Listen to the roar of winds, catch the breath of spring,
Feel the deepest, find the silence of love,
I go, I do not find, I change and I come back.
The cottagers were somewhere far away,
Clouds that went east,
And on the east side,
There are lonely trees, dark, inclined,
in the wind they stand and silence,
Shaken with anxiety.

We will be taking a closer look at the Holocaust through the voices of these women poets who wrote about what is universal in all of us; fear, loneliness, abandonment, loss, and love.  Longing.

Łazowertówna wrote about the children in the Warsaw Ghetto when she penned her famous poem, The Little Smuggler.

Through walls, through holes, through sentry points,
Through wires, through rubble, through fences:
Hungry, daring, stubborn
I flee, dart like a cat.

At noon, at night, in dawning hours,
In blizzards, in the heat,
A hundred times I risk my life,
I risk my childish neck.

Under my arm a burlap sack,
On my back a tattered rag;
Running on my swift young legs
With fear ever in my heart.

Yet everything must be suffered;
And all must be endured,
So that tomorrow you can all
Eat your fill of bread.

Through walls, though holes, through brickwork,
At night, at dawn, at day,
Hungry, daring, cunning,
Quiet as a shadow I move.

And if the hand of sudden fate
Seizes me at some point in this game,
It’s only the common snare of life.
Mama, don’t wait for me.
I won’t return to you,
Your far-off voice won’t reach.
The dust of the street will bury
The lost youngster’s fate.

And only one grim thought,
A grimace on your lips:
Who, my dear Mama, who
Will bring you bread tomorrow?

Sichow Educational Foundation is a thriving centre dedicated to the community, especially to the children in the village who wish to pursue their talents in art. Learn more about Sichow House and Library here www.sichow.eu

*Sichów is under refurbishment by Stefan Dunin-Wąsowicz, the grandson of Krzysztof and Zofia Radziwiłł

Amber Poole-Kieniewicz is a long time student of Jungian psychology and former Program Manger of the Jung Centre Houston, Texas.  She is a graduate of the Edward Albee Advanced Playwriting Master’s Class, 1998-2001, University of Houston School of Theatre and Dance. Her interest in protecting aesthetics, especially poetry against the strong tide of materialism, rising anti-Semitism, racism and nationalism is central to her work. Since moving to Poland three years ago, her work in progress is remembering the women artists who lost their lives during the Holocaust; giving voice to them through story and song.

You can also contribute to the Cygnus blog! Click here to learn more about how you can share your experiences with the Cygnus Community just like Amber! 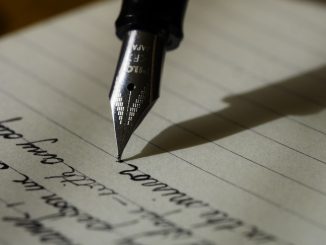 A Century of Wisdom 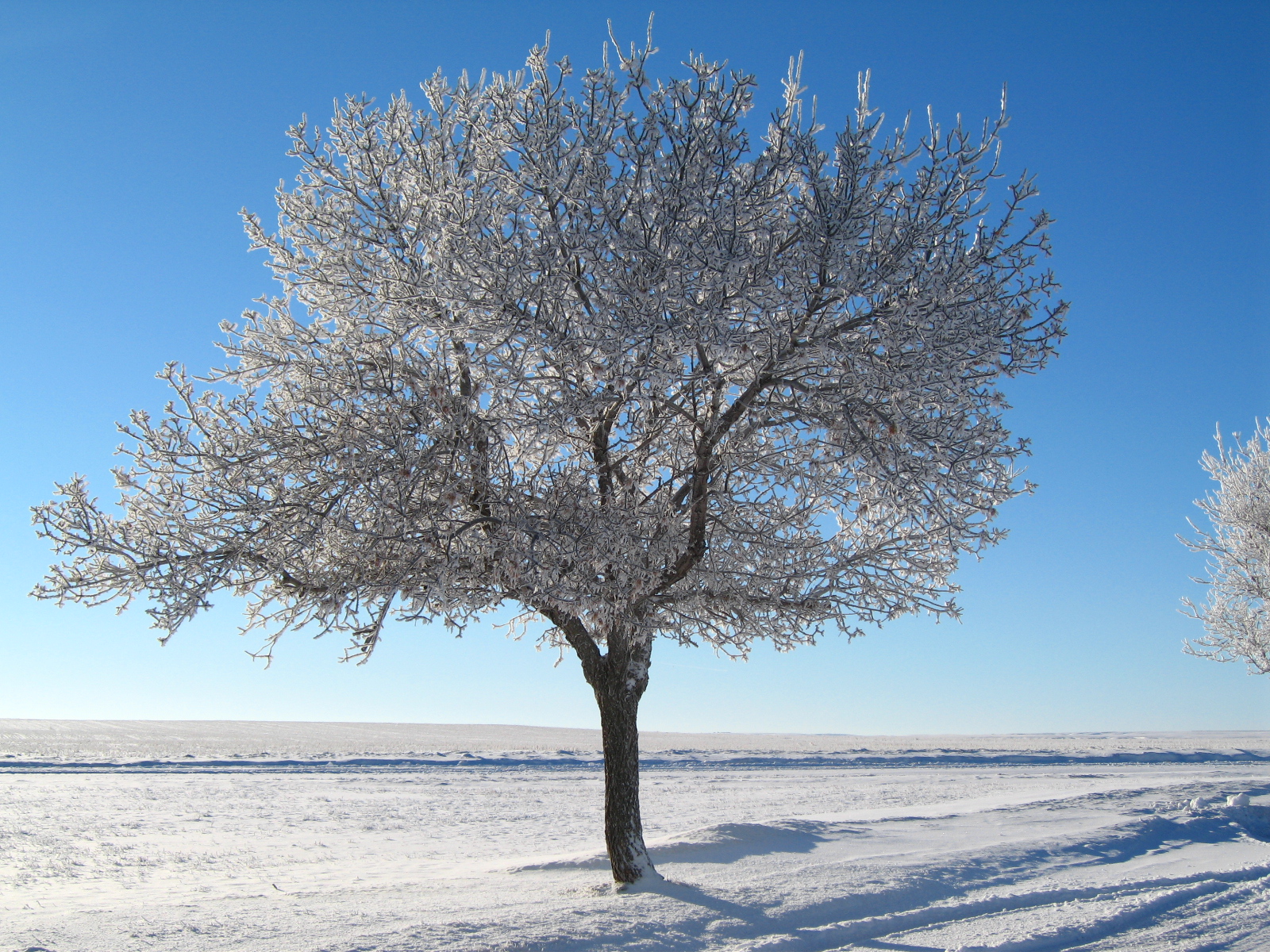