When I was contemplating Kick-Ass Angels, I was at first baffled by the task the angels had given me. I could feel the need for such a book, but at the same time I was unsure how to go about writing it or even what its contents might be. I began to centre myself in the concept of the book, and, like opening a door onto a whirlwind, the Zoroastrian angels made themselves known to me!

The Zoroastrian angels are those revealed to the world by the ancient Persian mage, Zoroaster or Zarathustra. Zoroastrian priests were the famous Magi, known to commune with angels as part of their daily rituals. It was, indeed, Zoroaster who introduced to humanity the concept of angels as we understand them today. The orders of angels, particularly that of the archangels headed by Michael, are perceived in their established guise as a direct result of Zoroaster’s illumination. In addition, his teachings on the God of Light and God’s adversary, the Lie, preceded the teachings of all the great spiritual traditions, which echo them throughout their various doctrines.

The amesha spentas, the six major archangels according to Zoroaster’s vision, appeared to me in the form of the six-pointed star that so many of us use in our spiritual work. Mithra, Angel of Glory (not to be confused with Mithras!) was there in the scintillating star, overlighting all, disclosing to me her-his revelation of the Golden Twin, our own higher self who gathers us up into our true heart centre when we are flagging and shows us that we are indeed ‘the unconquerable sun’. Each of the six angels was a pulse point beyond which multitudes of radiant beings thronged. Their grace and love and brilliance of unearthly light were measureless.

They revealed to me that they were what I had conceived of as the ‘kick-ass’ angels – life-transforming angels of dynamic spiritual force that allow us to locate our hidden ‘prison cells’ and overturn the sentences we have, often unwittingly, imposed upon ourselves. They unbind the aspects of us that dwell there in chains, casting out fears and limitations, changing stifling psychic air and letting the winds of the spirit blow freely, like a bracing mountain breeze.

The Zoroastrian angels wanted me to look again at a story of our human origins that I had intuited with Margaret Bailey. We had traced what was to us the breathtaking and revelatory outline of momentous but hidden events in human history as they unfolded throughout the descent of the Abrahamic bloodline, whose origin was recorded in the ancient records of the people of Sumer, many thousands of years ago.

Although, according to my perception of what the angels imparted to me, that story was confirmed as accurate, there was a vital element in it only touched upon in our work. That element was the huge significance of the biblical Ham (later termed Zoroaster) and his immense and heroic efforts to turn humankind away from the Shadow, or the Lie, which obscures the full wonder of our own humanity from us. Although we had indeed shone a light upon Ham, I saw that his involvement in humanity’s story was so hands-on that it needed further revelation.

Humanity is give a choice

Throughout Kick-Ass Angels runs the story of Zoroaster (Ham, a Sanskrit name meaning ‘I Am’, the sacred name of God dwelling within humanity), who, with his gift of revelation of the angels to humankind, prepared the way so that we could achieve an unprecedented spiritual breakthrough at this time in history. Zoroaster had a harrowing task to complete. He had knowledge of our beginnings as a human race, knowledge that has been forgotten today but is slowly being restored to us. He knew that his God of Light, and the obscuring Shadow or Lie that sought to divide us from that Light, had their human representations through whom cosmic and divine principles played.

Looking down the course of human history, Zoroaster saw that there were certain culmination points where humanity would be given a choice as to which road to take. These culmination points have been numerous, but the greatest of all is now upon us.

We stand at a crossroads today. The dividing of the way is already coming into focus. Will we collectively cling on to old selfish mindsets and unloving attitudes, or will we at last take a giant evolutionary leap forward into freedom and our higher, greater selves?

Although we stand on the brink, overlooking the chasm, the angels assure us that we will successfully make the required leap – on the condition that we do not fall asleep again in the great Cloud of Unknowing that threatens to engulf us at the last moment. What we need, it seems, are kick-ass angels!

Adapting to a New Reality

Portals of the Universe 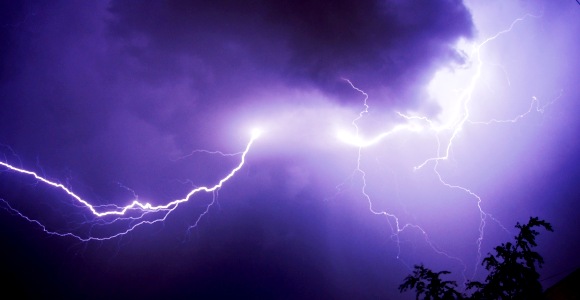 The One Thing We Know For Sure