If all individual minds are part of a greater mind, what keeps all mental activity from melding into some featureless muddle in the One Mind? What accounts for the specificity and individuality we see in One-Mind, beyond-the-body experiences? How does a concerned mother who senses that her child is in serious difficulty in a faraway city know that it is her child who is involved and not some other child somewhere else in the world?

The picky, precise One Mind

Psychologist Joseph Chilton Pearce, whom I quote often in the book, has thought deeply about the question of specificity. He firmly opposes the New-Ageisms that are offered as explanations. ‘To assume that all our thoughts are really one, that our separateness is just delusion, is nonsense,’ he wrote. ‘There are levels on which thoughts can, under very special conditions, interchange, and there are levels where they cannot.’ This is fortunate; it prevents us from being swamped by a continual flood of thoughts from our seven billion fellow earthlings. Drawing a parallel to the discovery of entangled states among subatomic particles once in contact – whereby a change in one particle is correlated with an equal and instantaneous change in a distant particle, no matter how far away – Pearce observed that there are rules governing these connections; otherwise the world would be a mess. ‘Particles are not all bonded; that would be just as great a chaos as no particles being bonded’.
Our intuition of an underlying wholeness shouldn’t imply melting into a homogenous mass. Because our minds don’t dissolve into sameness, specific and individualized One-Mind events are preserved. The One Mind is picky. A worried mother can connect with her child, not all children. Minds can affect specific electronic gadgets, not all electronic systems. Remote viewers can connect with specific scenes, not the entire planetary landscape.
Whether we call the One Mind the Source, the All, the Whole, the Absolute, Universe, Pure Being, God, Allah, the frequency domain, the connective unconscious, the holographic realm, the Akashic records, or something else, it is not a featureless, infinite blob. It manifests in our lives in unique ways. How could this be?

An image I find useful is that the One Mind is like the stem cells in our body. Stem cells are pluripotent, meaning they can transform into any type of specialized cell in the body. But stem cells don’t go off on their own, randomly turning into just any or all cell types. They are on call. When prompted, these uncommitted, undifferentiated cells transform into a specific type of cell – cardiac, skin, intestinal, blood, and so on – depending on the body’s need.
Like stem cells, the One Mind, the Source, awaits instructions and prompting. This is why information arising from it can be highly individualized, not random. Pattern, specificity, and individuality, therefore, typify the way the One Mind manifests in our lives. It responds to the needs, wishes, desires, and intentions of individuals and situations. The One Mind can spin out the thoughts and knowledge of a savant, a Leonardo, or an Einstein. It can grant the discovery of fire or the invention of the wheel. It can reveal the composition of the Mona Lisa, the periodic table of the elements, or the secret of heavier-than- air flight. Its generative possibilities are unlimited.
As we’ve seen, the One Mind also has a warning function. It can reveal itself as a precognitive dream of a natural disaster or an impending illness. These need-based revelations are quite common, arising as if from a larger frame of knowing. Author David Grann reported an example in his captivating book The Lost City of Z, which details the adventures of the legendary British explorer Percy Fawcett in the Amazon jungles in the early 1900s. There are many ways of perishing in this environment – lethal infections, a variety of predators, starvation, accidents, madness, murder by hostile tribes – Fawcett had an uncanny capacity to avoid nearly all of them. His ability to avoid predators was astonishing. On one occasion, after leaping over a pit viper, he wrote in his journal, ‘What amazed me more than anything was the warning of my subconscious mind, and instant muscular response…. I had not seen it till it flashed between my legs, but the ‘inner man’ – if I can call it that – not only saw it in time, but judged its striking height and distance exactly, and issued commands to the body accordingly!’ This sort of knowing is often labelled as a ‘sixth sense’ or ‘second sight,’ but to label something is not to explain it. Nonlocal mind or boundless, nonlocal awareness, which leads to the premise of the One Mind, is another point of view.
It is foolish to try to separate stem cells from the body. Their behavior and fate are so intimately integrated with the body that they are the body. Just so, it is unwise to separate human consciousness from the information source that is the One Mind. There is no separate source. We are it and it is we. Together we occupy a timeless, spaceless domain.

What prompts the One Mind to manifest something?

In the One Mind, all possibilities, all configurations of information, appear to exist in potentia, all superimposed on one another, awaiting some prompt in order to transform into an actuality in our world of experience. This is an image that physicists would immediately recognize because it is the one they employ in quantum physics. Most physicists believe that before a measurement is made at the quantum level, a particle exists in all its theoretically possible states. There are no real entities at this stage, only an ensemble of potentials that coexist in an all-at-once ‘superposition.’ When a measurement or observation occurs, these potentials undergo a ‘collapse of the wave function,’ which is a mathematical description, and manifest as only one of many possible configurations, like the famous cat in Schrödinger’s famous thought experiment. Measurement or observation makes the ghostly potentials real.
(There are other interpretations within physics. Some physicists believe that following an observation at the quantum level, all possibilities are realized, and that we are aware of only one of them – the so-called many-worlds or parallel universe interpretation of quantum measurement theory.)
In the One Mind, however, it is not measurement that produces a transformation of the potential into the actual, but need.
From The One Mind, © 2013 by Larry Dossey MD, published by Hay House.

ONE MIND by Larry Dossey

Heralded by the finest minds of our time as a major breakthrough in ideas destined to make a significant shift in our understanding of consciousness, this book’s scope and premise are awe-inspiring. Larry Dossey posits that all individual minds are part of an infinite, collective consciousness he calls the One Mind.Click here to buy.

Tapping Into the Field of Consciousness 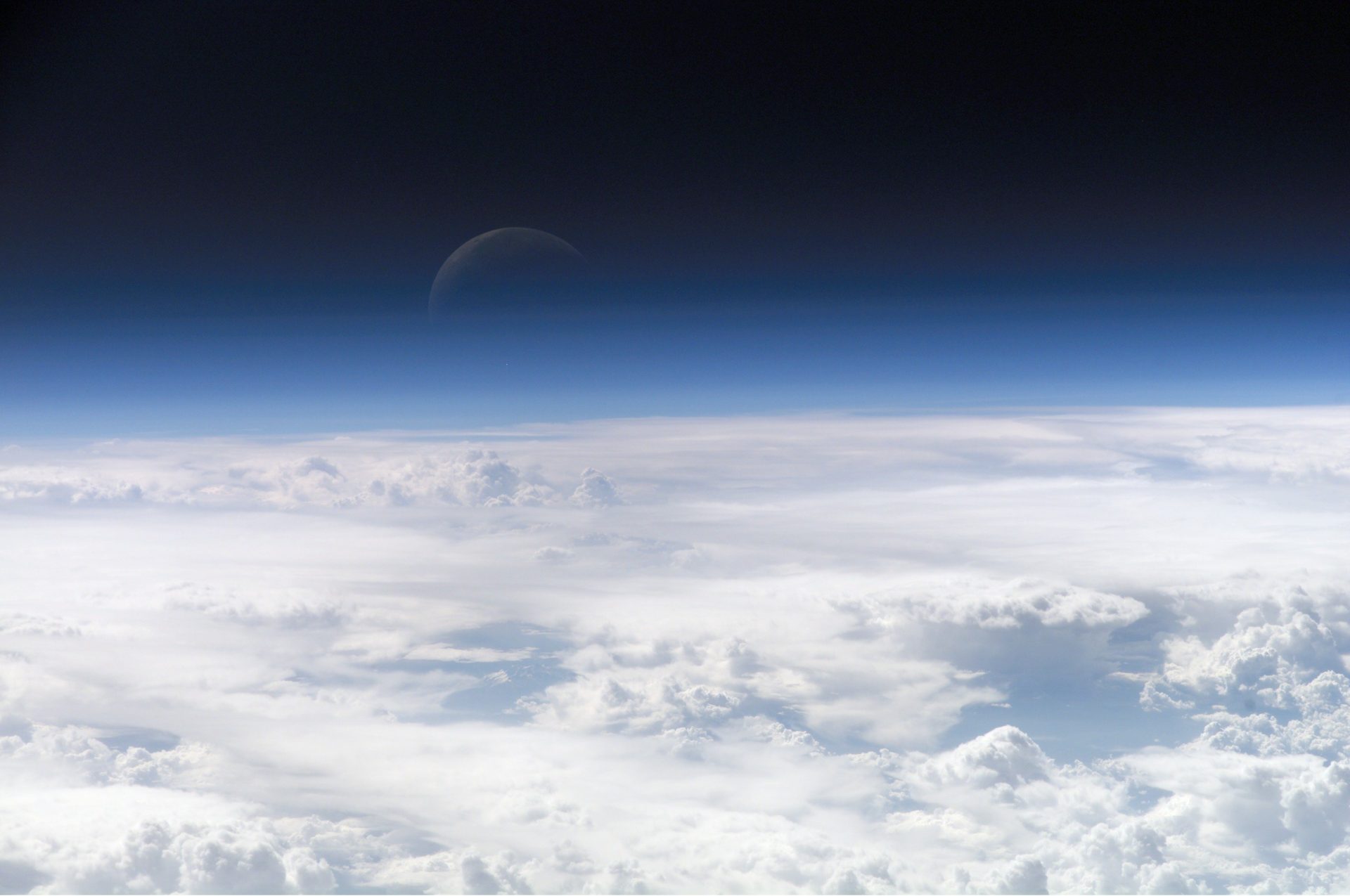 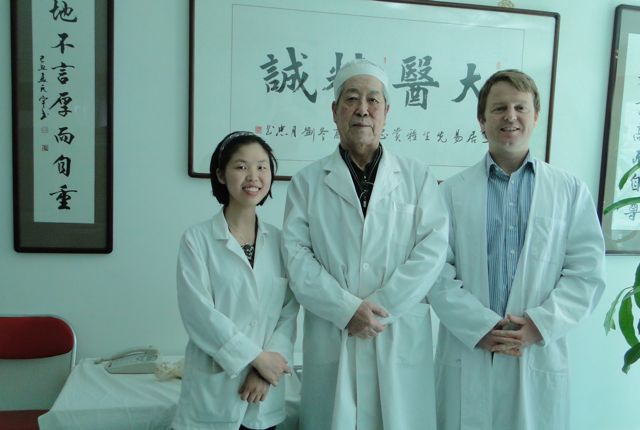