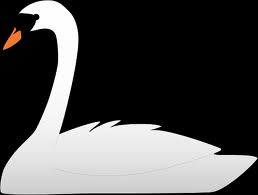 In both the Celtic and Native American traditions, salmon are revered as keepers of wisdom. Until a few weeks ago, when we went to see the film Salmon Fishing in the Yemen, we never completely […]

Peace of mind eludes almost everyone in the modern world, because we look for it in the wrong place. We think it will come from success and having enough money to retire on, but often […]

We all need material security and happiness, but our spirit, our soul or essence longs for something greater than basic survival or fleeting pleasure. The yogic tradition is based on a philosophy which is relevant […]

Natural soundscapes are the voices of whole ecological systems. Every site on Earth has its own acoustic signature; as does every living organism (even viruses). Sea anemones grunt; baby vultures have a scream like you’d […]

Twice in my existence I have had experiences of just completely slipping out of chronos time, and both were an incredible immersion into an infinite field of love. The first time was after a year […]

At Easter I was lucky enough to go to the Christ Consciousness Conference at the Findhorn Foundation in Scotland. There were many interesting talks but Philip Roderick, the founder of the Quiet Garden Movement and […]

Love is one of the most used words in the English language, from St Paul letter in Corintheans: Love is patient, love is kind. It does not envy, it does not boast… to The Beatles […]